Among those individuals identified were Barry Croft and Adam Fox. Through electronic communications, Croft and Fox agreed to unite others in their cause and take violent action against multiple state governments that they believe are violating the U.S. Constitution.

On June 6, 2020, Croft, Fox, and approximately 13 other people from several states gathered in Dublin, Ohio. The evidence set forth in the affidavit demonstrates probable cause to issue a criminal complaint charging Fox, Croft, as well as Ty Garbin, Kaleb Franks, Daniel Harris, and Brandon Caserta with conspiring to kidnap Whitmer.

What sort of mouth breathing, Vitamin D deficient people would join with FBI undercover agents to plot this sort of nonsense?

The FBI is not out looking for terrorists, they are looking for white people who gather together and talk smack. The overt act (going to buy explosives) triggered the arrest and completed the conspiracy to commit yesterday and the press release today.

Whether these people had the capacity to carry out their intentions is unknown. Maybe they’d have been able to pull it off with FBI tech support? 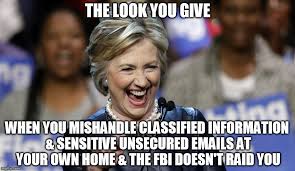