If I was King 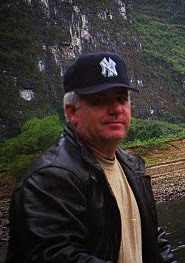 Facebook
Twitter
Pinterest
WhatsApp
There are a number of things that I would do if I was President of the United States. I would work within my Constitutional authority and I would work with Congress.
The great mass of parasites who are feeding at the trough would not be happy with me, nor would Hollywood. However in the face of the Ukranian situation, I would announce that the US is going to lay down hulls for three new aircraft carriers, twelve new Zumwalt Class escort ships and five new Virginia Class SSN’s, and one garbage scow to be named the Obama to be based at Bayone, New Jersey. I’d ask Congress to use the money from the repeal of ObamaCare to pay for them. All but the Obama. I’d pay for the scow out of my own pocket.

This would lead to employment.
I would open the Arctic National Wildlife Refuge for oil drilling and exploration. I would open oil leases and would approve oil development on all federal land. I would authorize pipelines wherever needed to improve our petroleum infrastructure and do what ever the federal government can to help facilitate more oil refineries. I would left the bans on using clean coal for energy. I would open Yucca Mountain to store nuclear waste safely. The US would become an oil exporter, reducing the influence wielded on the nation by hostile countries.
This would lead to employment.
I would ask Congress to eliminate the capital gains tax. This would lead to rampant investment and full employment.
With the stroke of a pen and by executive order, I would eliminate the US Department of Education and would tell states that it’s their problem. In fact, there would be a great deal that would become the responsibility of the States. To the extent that matters are turned back to the States, I would ask Congress to reduce the Federal Income Tax with an eye toward a simple flat tax with no deductions for anything. The US tax code would be reduced from vast volumes to one rate for citizens and another for businesses. Tax accountants and the vast majority of IRS workers would need to find honest employment elsewhere. There would be enough jobs created by other means that they’d be scooped up to do something for somebody.
I would eliminate federal welfare programs and allow the states to do as much as they felt necessary on their dime.
The borders would be tightened, trade restrictions would be loosened.
I would work with Congress to enact tort reform.
I would reorganize the US Department of Homeland Security which is presently an elaborate and expensive goat rodeo.
I would replace the dead wood at CIA, and replace them with aggressive, assertive operators and analysts.
If you were part of the coterie of executives promoted under the Obama reign, you’d be looking for work with very few exceptions.
I’d explain to Russia and China that they can be friends or enemies and the decision is theirs to mull over. The same goes for the rest of the planet. Aid to Pakistan would end. F#@k them. Foreign aid would be generous to friends and wouldn’t exist with enemies. (Pakistan has run the Taliban since they were first instituted in Pakistan in the 90’s)
I’d reinstall the Sixth Fleet in the Mediterranean and work to staff it through aggressive naval expansion.
I’d ship the illegal Obama relatives back to whatever rock that they crawled out from under.
Ok, you’re right, I’d just ask myself what Reagan would do and I’d do it.