Heading into an Early Weekend

I was up at the White Wolf Mine and they’re still not finished with it, but they should be, once I’m back from Hawaii. The photo (right) is a panoramic view taken from the deck. The evergreens are ever-green even in winter while the brush and grass has lost its vibrant colors.
Things happen in the larger world while the Arizona Highlands let it pass without comment. One change in the world is set forth below:
The Rise of the Mangina
Eastern Michigan University’s Women’s Resource Center (WRC) has decided to stop hosting The Vagina Monologues because it excludes some women…such as females who don’t have vaginas. Since copyright laws won’t allow them to change the dialogue, the school has chosen to get rid of it.
Bruce Jenner became woman of the year, with his courting tackle intact, demonstrating that you can be a famous women while retaining your male parts. Now the Vagina Monologues, a program where women stand in front of a group of people and discuss their lady parts – is ending. As it should. Suggesting that women have female genitalia is inherently sexist.

Ok, enough of that. Who cares about lady boys really?

Other things popped up for the weekend. 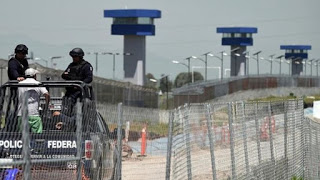 I received a telephone call from a friend while I was on the road yesterday. “LL, I need your help with a problem:”
LL – Your problem or somebody else’s?
R – Somebody else’s.
LL – It is Thanksgiving week.
R – I know.
LL – I don’t do anything illegal.
R – I know.
LL – What’s the problem?
R – A lady is in custody in Tijuana, Mexico, and we need her out. 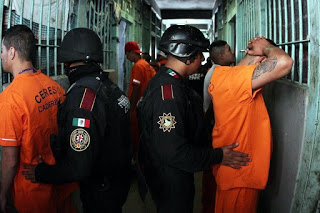 LL – Why is that my problem…..(tick tock)….. What are the charges? You realize that the border is a mess with the caravans arriving from the interior, and the US has temporarily closed some border crossings.


R – It’s an illegal immigration issue – into Mexico. She’s in custody and the Mexican officials are trying to extort cash, slapping her in the face and denying soap. It’s what they do.
(I don’t do immigration issues, but this thing is a can of worms) I can get her made a Mexican permanent resident quickly if that’s what it takes, but this situation transcends that.
LL – How much are they willing to pay me?
R – (Quotes a ridiculously high fee + expenses) And they want her out before Thanksgiving.
LL – For that much, I’m in.
A person is flying into San Diego tonight on a Gulfstream with cash. I get paid up front. So much for the holiday weekend coming up – and maybe Hawaii, following. You see, cash is the universal lubricant. Thanksgiving is not a holiday in Mexico and this problem is a big old mess, that stretches ACROSS the border. I’ll be working on the long weekend before I leave for Hawaii.