Do you remember him?

In RIGHTEOUS INDIGNATION, Breitbart talks about the key issues that Americans face, how he has aligned himself with the Tea Party, and how one needs to deal with the liberal news world head on.
Some bloggers and two kids with a camera:
Andrew Breitbart unmasked ACORN, the largest community activist group in America and a keystone in Obama’s strategy to ‘fundamentally transform America’.
Do you remember them?
James O’Keefe and Hannah Giles went to multiple ACORN offices around the country and asked ACORN to help them find tax breaks for their brothel, in which they claimed to employ underage illegal immigrants. Yes, they explicitly stated that was their business – underage human trafficking. And the ACORN people sprang into action to help them further their criminal scheme to exploit the helpless with TAXPAYER DOLLARS!
Within weeks, Congress unanimously voted to defund one of the largest community activists groups in the country… because of some bloggers and a couple of kids with a camera. 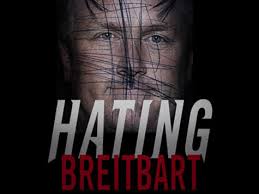 Andrew Breitbart passed away because of a heart attack this year, but we all owe him, and we owe it to him to see the movie about the man that took the liberal establishment and the mainstream media to school, all on his own.
YOU OWE HIM!