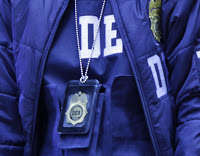 One of the reasons that I went was to meet with a legendary DEA Special Agent who had recently rotated back to the US from abroad. This particular Special Agent has forgotten more than most people know about the drug enforcement business, yet he’s humble and very unassuming. He’s one of those rare people in a bureaucracy who was able to make a difference in his career, though he seemed a bit depressed.
I told him that when he left his last assignment, the reputation that he left behind was sterling.

It’s time that I take a step back and share with you that his legacy from his last overseas assignment was nothing but praise and respect from people who had seen his work and had been impressed by it.

He said, “they asked me to leave (Country X).”
I was shocked.
“One of the people from Headquarters came down and asked me candidly how things were going. I’ve known this particular person for twenty years. I told he/she that things were really screwed up and that they could be fixed without a lot of effort, but they needed to be fixed or we were wasting our time. The next day my boss came to me and told me to request a transfer (short of tour – looks bad on your record).”
So he did.
And that is how the world of the government bureaucracy spins – and why, no matter how hard the government tries to govern, more often than not, NOTHING GETS DONE.