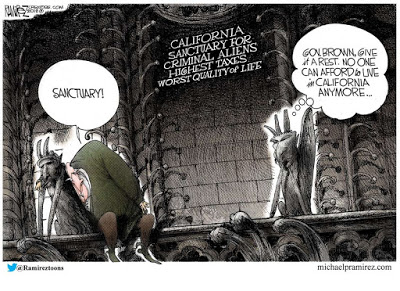 If you’re an illegal alien living in California, you qualify for in-state tuition rates even though you’re not a citizen of the state. If you’re an American living in another state and want to attend university in California, the rate is substantially higher. (If you’re an illegal alien, all you need do is skulk across the state border into California to qualify)
I registered all of my automobiles in Arizona last year. Yesterday, I received a delinquent registration notice from California, with a $90 penalty on top of the usuriously expensive basic registration. You can’t call anyone at DMV because they will put you on hold – until the end of business and then they hang up. If you go to DMV there is a 4-5 hour wait MINIMUM. I checked on appointments and I couldn’t go in until May to explain myself. So I drove to the auto club and asked them (I’m still a member). They said that they couldn’t do anything to help me and advised that DMV is about a year behind processing CALEXIT registrations. “Eventually they’ll catch it.” Meanwhile they will put a lien on my tax return for next year. That’s how they roll. And yes, I did turn in my auto license plates as the state requires. 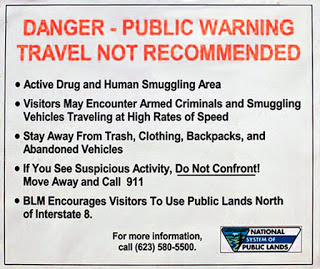 The whole sanctuary city issue has become a national joke. California – ever the liberal innovator – wants to double down and give illegal aliens the vote. Since it’s the individual State and not the Feds who certify elections, they may be able to pull it off. Or maybe the United States will send in federal troops to calm things down and shoot a few insurrectionists at the capitol in Sacramento?
Good Friday
I’ll be running around, keeping the place safe for democracy while you (the faithful) are observing the spiritual aspects of the day. Easter is a season in Mexico that is nothing short of nuts.

Because the ports of entry are clogged, the narcos are sending a LOT of drugs across over the weekend. It may be virtually legal to possess 10 kg of meth in California, but it’s a federal crime to bring it across the Mexico/California border. Of course, these loads are rarely that light. 50 kg is about as small as they like to break them down these days for cars. The cartels will still send wetbacks with 40 pounds of meth or cocaine stowed in backpacks across areas where there is no fence, or a step-across fence.