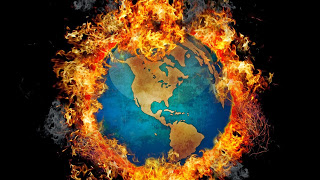 The seafloor off the coast of Northern Siberia is releasing more than twice the amount of methane as previously estimated, according to new research results published in the Nov. 24 edition of the journal Nature Geoscience.

The East Siberian Arctic Shelf is venting at least 17 teragrams of the methane into the atmosphere each year. A teragram is equal to 1 million tons.
“It is now on par with the methane being released from the arctic tundra, which is considered to be one of the major sources of methane in the Northern Hemisphere,” said Natalia Shakhova, one of the paper’s lead authors and a scientist at the University of Alaska Fairbanks. “Increased methane releases in this area are a possible new climate-change-driven factor that will strengthen over time.”
Methane is a greenhouse gas more than 30 times more potent than carbon dioxide. On land, methane is released when previously frozen organic material decomposes. In the seabed, methane can be stored as a pre-formed gas or asmethane hydrates. As long as the subsea permafrost remains frozen, it forms a cap, effectively trapping the methane beneath. However, as the permafrost thaws, it develops holes, which allow the methane to escape. These releases can be larger and more abrupt than those that result from decomposition.
What does this mean to YOU?
Ten Billion people mowing their lawns with gasoline powered lawnmowers every weekend (and the Earth’s population is 1/3 that number) would produce .01% of the greenhouse gas coming from the ocean floor off the coast of Siberia.