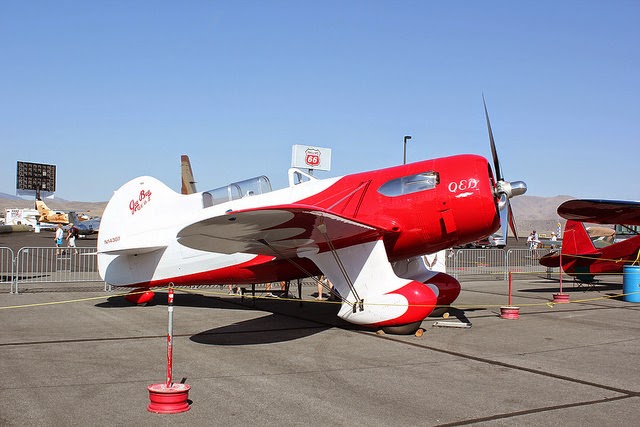 It’s a Pratt and Whitney R-1340 engine with wings and a tail on it. 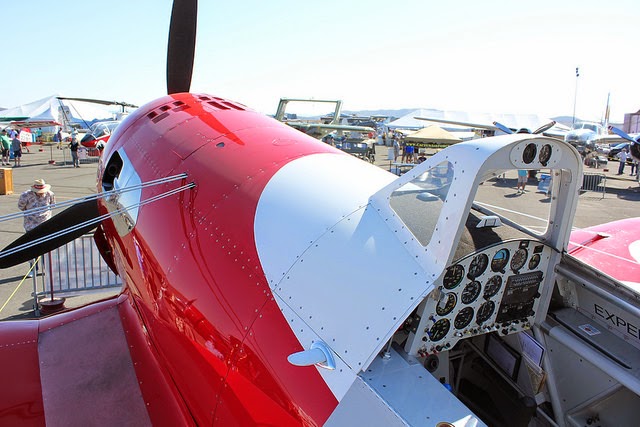 In 1932, the Gee Bee (designed and built by Howell Miller and Zantford Granville) was flown by none other than Jimmy Doolittle, won the Thompson Trophy. The aircraft’s top speed was almost 300 mph — back when that was impossibly fast. 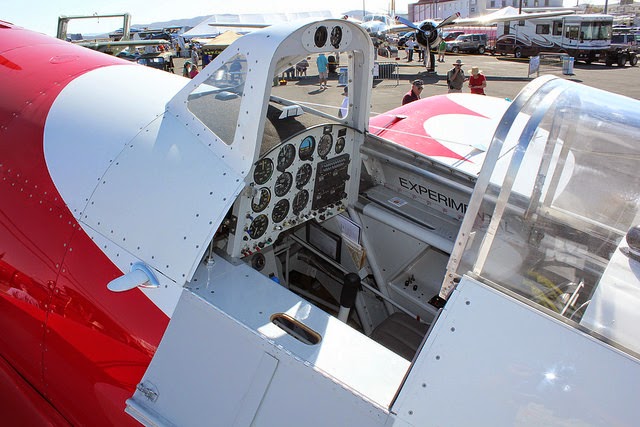 This is a replica but I’m not sure who is flying it and what the nature of that flight is. It’s flown here at the International Championship Air Races in the “experimental class”.