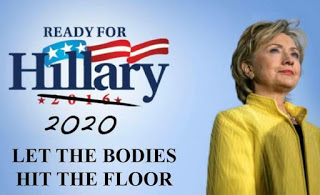 Facebook
Twitter
Pinterest
WhatsApp
Betrayal
The Donkeys have been nipping at each other for supremacy for the better part of a year now. Some have dropped out of the race, but not many. Many of the twenty-five or so have been clinging to the race for nomination by their very teeth.

Three months from the Iowa Caucus and the beginning of the nominating primary season and in jumps Zillionaire Bloomberg and Devil Patrick, an Obama acolyte who feels that he can eclipse, corrupt old Slow Joe Biden, and will get the Obama endorsement. It’s kabuki theater of a very high order. Bloomberg doesn’t need to raise money. He can buy everything and still have billions to burn and leave his fellow donkeys floundering. Devil already has money pledged by the Obama faithful or he wouldn’t have jumped into the race. Now there is Hillary, awaiting her moment to leap into the fray, entertaining us by falling on her ample rear at critical moments and watching her staff commit suicide if they screw up. 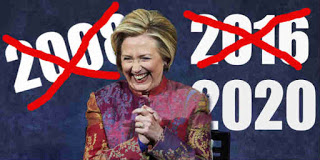 Tell me that we’re not having fun. The memes alone are epic.
Veeps?
The Buttguy is running for the Vice Presidential slot for whoever will pick him up. So also may be Tulsi.
Kamala is a sea anchor because she can’t even poll well in California. She may make a great mistress, and those skills made her a Senator from CA, but that’s about it. Spartacus would take a VP nod, but really? Spartacus Booker? Yang doesn’t have the stroke or the constituency to do much for the Donkeys as a VP. Castro – is Castro and needs a bigger beard to get into character.
Half Time Show 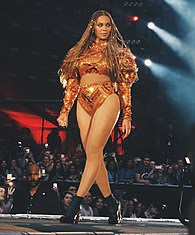 In a desperate bid to garner interest from the lethargic American public, officials involved in the Trump impeachment proceedings have announced that Beyoncé Knowles will perform at today’s Superbowl-styled impeachment halftime show.
Citing poor concentration skills and general apathy among American voters, it was decided entertainment during an interval was needed to increase interest in the country’s latest impeachment proceedings, which was initially billed as “the most entertaining impeachment of them all”.

The first day of impeachment hearings only brought in 13.1 million viewers over all news outlets, which is a decline from the halcyon numbers achieved during Big Jim Comey’s hearings, where the smug AH laid out how wounded he was.

The 13,098,000 who tuned in on ABC, CBS, NBC, Fox News, CNN, MSNBC, CSPAN and PBS marks a 32 percent drop from the number of people who watched James Comey’s testimony to Senate Intelligence Committee in May 2017, which delivered more than 19 million viewers.

Maybe a Beyonce half-time show will boost the ratings? Rep. Adam Schiff, ringmaster in the circus and chief clown in the kangaroo court certainly must hope so. Because the show is about all the Democrats have besides the twenty-five or twenty-six (or more, who knows? Maybe Shifty Schiff will end up running too?) candidates who are trying to convince America that a communist future is a lot more interesting than the Golden Age of Capitalism that the nation now enjoys under President Trump.
The scam, glorified by the corrupt, lying, filthy, sly mainstream media, is a disgraceful stain on the nation’s honor.