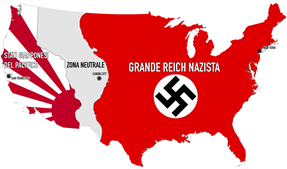 Facebook
Twitter
Pinterest
WhatsApp
Assumption: What if Hitler had let his Generals run World War 2? Who would have won?
Opinion: The Germans
When Germany invaded Poland (causing Great Britain and France to declare war on Germany), Russia (later an ally of Great Britain and France) also invaded Poland from the east, sixteen days after the Germans did. Great Britain and France did not physically retaliate against Germany or Russia for the Polish invasion. Peace ‘in our time’ was possible.
The German General Staff plan to invade France estimated a loss of 500,000 German troops, and none of the generals liked the plan. None of them saw the war in the West going the way that it went and France crumbling like a burning paper tiger. The notion of a land war with the two strongest nations in the world with what then were second class (German) tanks and parity in aircraft and a vastly weaker navy made no sense, so the generals would have waited, looking for an opportunity, and so would the British and the French and that would have been that.
There would have been possible raids on Romania and its oil fields that could have led to a full scale invasion but it wouldn’t have likely led to a world war between superpowers.
As time moved forward, Germany would have worked on their heavy water experiments, and without the urgency for the US to develop The Bomb first, they could have had the hydrogen bomb by the mid to late 1940’s and the vengeance weapons to deliver them. Who can say how things would have worked out then?
It was Hitler who pushed General von Manstein’s plan Case Yellow (The invasion of the Low Countries) and forced the invasion on the General Staff. If he’d let the General Staff have their way, there wouldn’t have really been a World War 2.
Your thoughts?