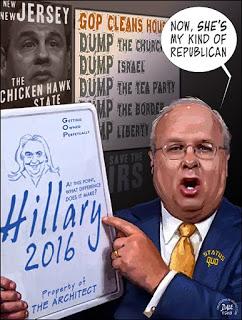 Am I the only one who is tired of Carl Rove, the mainstream GOP shill, who calls himself, “The Architect”? Yes, he’s made himself a lot of money being an ‘advisor and advocate’. His net worth may never be known according to US News.

One thing is certain, Rove does not like Donald Trump, even though Trump has dumped tens of millions of dollars into the political action committees that Rove runs and ran in the past. Rove’s stock in trade is buying politicians for and on behalf of his (nameless) employers – and being able to exchange hard cash for hard favors. The danger of a Trump presidency where favors were not purchased creates the unacceptable specter of upsetting the political apple cart for both Democrats and Republicans.

Rove is a Fox News contributor who lives in Austin, Tx.

The Federal government conducted three separate background checks on Tashfeen Malik, the San Bernardino female Arab Terrorist, which failed to reveal that she was a jihadi.

The Supreme Court will strike down his executive order, but he’s trying to make a point, not new law. I can see a federal court injunction coming as soon as Barack sets pen to paper.
He Said/She Said

(USA Today) A Saudi millionaire beat a rape charge in England after claiming he ‘fell into’ a teen.

A millionaire businessman has been found not guilty of rape after claiming he accidentally penetrated her when he tripped and fell. Ehsan Abdulaziz, 46, was initially accused of forcing himself on an eighteen year old girl. The businessman said that his penis might have been poking out of his underwear when he fell on the teen. It’s how he explained the presence of his DNA inside of the girl.

The young woman said she had woken up in the early hours of the morning, with Abdulaziz on top of her, forcing himself inside her, then climaxing.

Yes, it was a Saudi millionaire, not (former) President Bill Clinton. But, I’m certain that Bill will use this as a defense in the future since it was successfully argued in this case.

Vlad the Eternal
The photos of Russian President Vladimir Putin, taken over the years have advanced a number of theories (but): 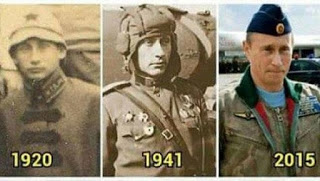 (a) He’s not a vampire despite internet gossip. He goes out in the sun, he has been seen eating food spiced with garlic, he casts a shadow and you can see his reflection in a mirror.
(b) Some suggest that he’s an alchemist on the order of Merlin (who was British) and found the secret to eternal life through weird science. While that can’t be debunked, it’s just as likely that he found the ‘fountain of youth’.
(c) The final theory is that he’s a “highlander”, out to live forever by lopping off the heads of others with a sword. While the theory would seem to have legs, I’m waiting for proof. Has anybody ever seen Vlad chopping off heads? (or does it happen in the third level basement in Lubyanka?)
Jeb! 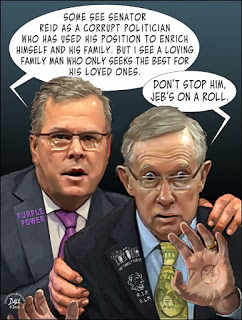 The man who would be king believes that he deserves the title because his father and brother were both presidents.

The electorate see not a king, but a pampered country-club politician who is almost indistinguishable from Hillary (the Bitch of Benghazi) Clinton, who also wants to rule the world.

Donors who thought that dumping tens and hundreds of millions of dollars into the Jeb Bush for President (Jeb!) Campaign would push the tepid, timid Jeb! over the top are feeling betrayed.

Running television attack ad after attack ad on his Republican opponents hasn’t done anything to improve Jeb!’s numbers. The only people who want him to be president are the people who hope to personally gain  in the way of government contracts and do-nothing appointed positions in a third Bush Administration. 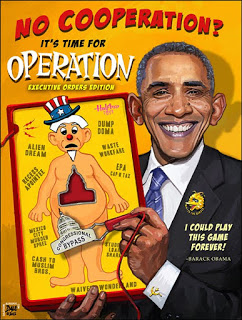 There is a lot of strangeness attached to the man himself and to his presidency. Some call it coincidence, others call it planning. Witness if you will, the stunning, untimely death of Joan Rivers, two weeks after she outed the first couple.

No matter what, the dreams of ObamaCare are unraveling and since it has been the signature achievement of his two terms in a failed presidency, we’re all waiting for him to try something else to screw us over…in the eternal march to “radically transform America”.

I have a deadbeat friend (don’t we all have at least one) who lamented to me about the lack of benefits doled out by the government. I reminded him that I (and so many others) pay for the largess that he’s handed. Best not whine to me about such things. He shut up.