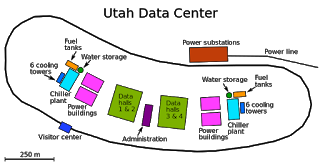 Facebook
Twitter
Pinterest
WhatsApp
War – and peace?
I read the book “Forever War” by Joe Haldeman, when I returned from my first war(s). It was first published in 1974 but I didn’t get to it until about 1979. The military science fiction book won the Hugo and Nebula awards. I’m not sure precisely who decides what book wins what and why, but suffice to say that it was a well regarded book.

The Earth’s leaders have drawn a line in the interstellar sand–despite the fact that the fierce alien enemy they would oppose is inscrutable, unconquerable, and very far away. A reluctant conscript drafted into an elite Military unit, Private William Mandella has been propelled through space and time to fight in the distant thousand-year conflict; to perform his duties and do whatever it takes to survive the ordeal and return home. But “home” may be even more terrifying than battle, because, thanks to the time dilation caused by space travel, Mandella is aging months while the Earth he left behind is aging centuries…

And so forth. The war never ended. But this blog isn’t about the book, it’s about the constant wars that the United States has been involved in. There are small wars and there are large wars. And there are wars, by other means that seldom reach the press. I’ve done all three in my lifetime and sometimes feel their weight. And I’ve done police work which is a low intensity conflict every day.
America is still at war, our freedoms of privacy have been taken away for the most part by FISA Courts – with a dubious track record of credibility. We’ve been shown by the failed coup attempt on President Trump that the FBI lies and the courts rubber stamp it. I realize that the FBI would tell me that was just because of the election. Right. I’d like to see you the Moon. Lock, stock and barrel. Small bills only, please.
Bumblehive and PRISM

The big NSA facility in Utah downloads and stores everything for future use. I’m sure that this blog will end up there as they spider the Internet daily. It costs billions of dollars but ‘no price is too great for freedom’…
So no matter how much you think that it’s just the taxes that you pay to put men in green suits at the point of the spear, it’s not.

(from Wikipedia, cited above) Binney alleged, after the September 11, 2001, terrorist attacks, controls that limited unintentional collection of data pertaining to U.S. citizens were removed, prompting concerns by him and others that the actions were illegal and unconstitutional. Binney alleged that the Bluffdale facility was designed to store a broad range of domestic communications for data mining without warrants.

John Bolton, former NSC functionary, wanted war and worked hard to generate a new one. He’s not the only one. Just attend a cocktail party hosted by Beltway bandits and suggest that we pull back from South Korea and Germany and you’ll experience horror as people back away from you. Soon, the waiters won’t be offering you canapés or glasses of champagne and there will be a ten foot buffer zone between you and the nearest guest, who will fear that your absurd idea is catching. We spend about a trillion dollars a year on military and intelligence operations which go to salaries and hardware.
You’ve never heard me complain about the American military budget, but it insures that the war will go on, hot or cold, forever.

What about Hanoi Jane? The nation forgot about that person very quickly. But I’m with you. The war is with Islam and nobody dare mention it. Frankly, I say let them slaughter each other. We don’t have a horse in that race. Israel can be our outpost if it’s necessary. We have more than enough oil & gas. Where is the vital interest? If Europe and Asia want to protect THEIR interests, let them build navies and armies (and Air Forces of course) that are equal to the task. We can view it all from above courtesy of the US Space Force.

LSP – That was said with admirable restraint.

And here we are.
As the DLC’s RHSM, I have to show restraint. It’s expected. And if I go over the top, the only thing that I’ll carry is a swagger stick. No way to get through the artillery, wire, and machine guns anyway.
WSF – Do we get the government agencies we deserve, or do the agency personnel deserve our contempt?

Most of the the people who work there are true believers with classical educations. They feel as if they are doing work for God and country. It’s easy to be swept up in the whole drama, the kabuki theater, that is played out before your eyes. It’s sort of a cult with a faith all its own, secrets, passwords, initiations and articles of conduct that don’t really take into account the feelings of or the consent of the governed.

Jim – I remember it well. The JFK murder as well. I’m still angered by the Benghazi business. Americans were left hanging out to dry and that’s simply not done. And our fearless leader liked to take credit for bagging UBL.

I don’t think that the Beltway (Military Industrial Complex) was happy about nailing Bin Laden. They’re have rather had him fighting until he died of old age. No profit in killing him.

The truth is still not out about Benghazi, which was a heist of gold, sent with the Ambassador to buy back Stinger missiles authorized by Hillary (SECSTATE), who sent them to the Libyans in the first place. Of course the heist took on a different dynamic once the Mohammedans were riled up.

Woodsterman – I remember every one of those. There are those who have grown to hate this country and those of us that have to defend her from the socialist pestilence within.

The North Carolina election yesterday with the Republican Candidate going from -17 to +2 because of the Trump Effect that gives me hope that we’ll have four more years of Trump. Liberal heads exploded in 2016. They’ll melt in 2020. Which is a good thing (though admittedly messy).

Fredd said – I remember the JFK assassination as well, (I was in 3rd grade), but mostly because the funeral was held on a Saturday and it pre-empted all the cartoon programming normally looked forward to by me.
Then the RFK assassination, along with Martin Luther King, I was in 8th grade; the nation was so messed up at that time, what with Vietnam and hippies everywhere you looked, these events all seemed normal at the time: life and death in America.

The nation was a lot more messed up then than it is now. The fools like Beto and the Butt Guy were just normal hippies back then. The lunatics knew their place, chewing on window panes (LSD), puffing weed and banging some other syphilitic freak, of whichever gender was convenient. Now the asylum doors are open and the likes of the Fake Indian are beating the war drums.

Mike_C – All true, sadly. Nor did I imagine that we would dramatically increase our intake of persons from MENA in the years to come. But I blame soft-headed persons operating under the guise of religious organizations for that as much as I blame BHO (PBUH).
However, IMO the worst damage from 9/11 was not poorly thought-out military misadventures, nor even the deliberate importation of enemies of the West, but the growth of the surveillance state and its overt integration with big tech.

Big budgets, big power and the Forever War are the justification. Then again, with the limited bandwidth and low tech of the mountains, there is not much interest in armed rednecks in fly-over country — currently.

I did see law enforcement activity the other night. A U-Haul struck a big bull elk head on, on State Highway 87, a two lane paved mountain road. The front of the U-Haul was demolished, the elk was dead and an AZ State Trooper showed up. We almost never see them. I think that you have to hit an elk and block a lane of traffic to have them show the government flag. There was no prep for a CASEVAC, so I have to suspect that it was a fatal.