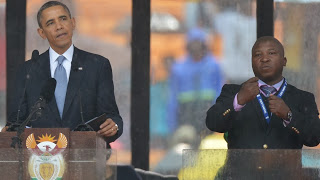 Maybe the US Secret Service was asleep at the switch or maybe they hoped that Jantjie would take President Obama out. We’ll never know which it was. Icing Obama at the Mandela funeral would have been ironic. And Slow Joe Biden would have become Commander-in-Chief and Leader of the Free World.

JOHANNESBURG – The bogus sign language interpreter at last week’s Nelson Mandela memorial service was among a group of people who accosted two men found with a stolen television and burned them to death by setting fire to tires placed around their necks, one of the interpreter’s cousins and three of his friends told The Associated Press Monday.

(for more on this: Fox News)

The Yellowstone Volcano erupts about every 600,000 years and we’re living on borrowed time.

HELENA, MONT – The hot molten rock beneath Yellowstone National Park is 2 1/2 times larger than previously estimated, meaning the park’s supervolcano has the potential to erupt with a force about 2,000 times the size of Mount St. Helens, according to a new study.

By measuring seismic waves from earthquakes, scientists were able to map the magma chamber underneath the Yellowstone caldera as 55 miles long, lead author Jamie Farrell of the University of Utah said Monday.

The chamber is 18 miles wide and runs at depths from 3 to 9 miles below the earth, he added.

An eruption would likely herald a new mini-ice age as the Earth’s surface temperature dropped. We’d have to take the catalytic convertors off our cars to try and balance things out.
MALE MENOPAUSE 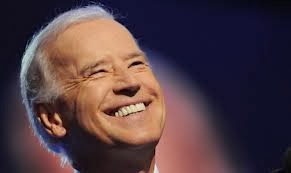 (Web MD) WASHINGTON DC – Vice President Joe Biden, lately a presidential hopeful for 2016, has been diagnosed as undergoing the heartbreak of Male Menopause. Hillary Clinton has been silent on the matter since she has long since gone through the female equivalent. VP Biden’s advice to fire a shotgun into the air at night if you hear a prowler is said by prominent psychiatrists to be “acting out an orgasm fantasy”. Dr. Herman Schiller explained to Web MD that VP Biden is in need of hormone replacement therapy if he intends to ‘butch-up’.

As noted in the first article in Fishwrap (above), VP Biden is a heartbeat away from the presidency BUT the only way he’s likely to beat Hillary to the job is if he ‘inherits’ the slot.