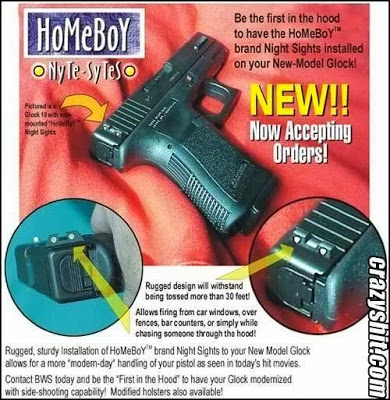 Facebook
Twitter
Pinterest
WhatsApp
(Fox News) Progressive British and Australian researchers have decided that if a white person owns a firearm, they are racists. In fact, the only reason that the researchers can find for a white person to want to own a firearm would be to murder a black person. (isn’t that racist? – apparently not…)

The study’s lead author, Kerry O’Brien, explained to the New York Daily News that their conclusions are so sensible because: “There had already been research showing that … blacks are more likely to be shot, so we thought there must be something happening between the concept of being black and some whites wanting guns.”

There is an obvious problem with this claim. Blacks, not whites, are killing blacks. Indeed, in 2012, over 91 percent of blacks were murdered by other blacks.

Fox News continues by positing this question: If you really want to confront racism and gun ownership, ask why liberals keep pushing new taxes and fees on gun owners that primarily disarm poor blacks. Why don’t liberals think that poor blacks can be trusted with guns?
There is a solution for inner city people who want to own a firearm but don’t like to fire it in the traditional way. Bending to culture, the new Glock (right), with Nyte Sytes.
There is another option that may be less obvious to the researchers. Drive-by shootings are most often carried out by inner city poor people with automobiles. If the government restricts automobile ownership the inner city to the rich, to suburban people and people who live in the country, drive-by shootings will in effect be eliminated.
Keen logic.