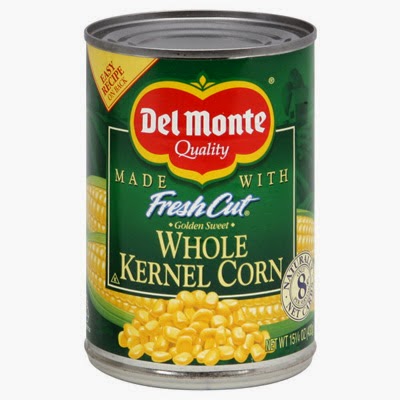 Feeding
Haji
(Vampire Zombies from Venus – Part 2)
Amid crates and boxes stacked from the smooth concrete floor to the ceiling, Staff Sergeant Amos Plotkin looked at the form 1348-1 (rev 01/10) and wondered how Company B, 2nd Battalion, 30th Infantry could go through so much canned corn. Plotkin, a lifer and a third generation American haled from Brooklyn. Explaining away the order was far beyond his ken. He dipped a pinch and slid it between his cheek and gum, spitting reflexively into a dixie cup.

Amos looked around for somebody to complain to and found a ready victim, playing solitaire on the computer twenty-feet away, surrounded by cases of slide-fasteners, adjustable.
“Look at this Corporal,” Plotkin shoved the request under Corporal Davis Granger’s long aquiline nose, thereby forcing him to direct his attention away from solitaire. “Why in the fuck sake are they ordering more goddamned corn?”
Corporal Granger calmly took the requisition and noted, “It’s signed by the company CO and countersigned by First Lieutenant Mike Bennett from the Civil Affairs and Psychological Operations Command. Look here it’s for PSYOPS. Operation Valiant Hawk. Sounds important. I guess they’re giving it away to the hajis.”
“Who would have thought those sand negroes would have liked canned corn?”
“No accounting for tastes, Sergeant. They’ve asked that we expedite the shipment, and if you look here, you’ll see that they passed it through battalion before it came to us.”
Plotkin’s gill grew a little red. “Through battalion. Right. I can see that. Do it. I don’t want somebody from PSYOPS coming down on my narrow ass.”
Corporal Granger scrutinized Sergeant Plotkin’s ample rear, arched an eyebrow and stood, smiling inwardly. The mere shadow cast by Plotkin’s ass had to weigh at least fifty pounds.
Granger dutifully stacked the requested vital war materials on a metal palate and wrapped it in clear  plastic wrapping. Then he and staged the corn, yellow, 20 oz can, 24 to case, to be picked up and shipped to the forward operating base where it was required as requisitioned to aid the war effort in Afghanistan.
Amos Plotkin didn’t have much time to concern himself over the corn or its destination because his weekly poker game was set to begin in an hour. In that time he needed to get from the west side of Bagram Air Force Base where his supply depot had been sited to the east side of the base where the U.S. government regional platform had been built adjacent to an abandoned salt mine. Most of that area had been staffed by civilians. Incorporated within that civilian component was a liaison office for No. 2 Squadron 312 Special Service Wing, Pakistan Air Force. Two Pakistani sergeants, Mamnoon and Sami, hosted the game and invited fellow sergeants from the Marines, Air Force and Army to join them. The game became popular because there were always a few hot pizzas from the base Pizza Hut, cokes and the dumb Pakis always lost and lost big.
Two hands in, Mamnoon asked what was new up in the sector near Chitral. Amos, armed with the information he’d received on the requisition earlier in the day mentioned that something big called Valiant Hawk was going on involving the 30th Infantry. Tracy Armbruster, a blustery Air Force tech sergeant hated to be out-done by Plotkin and hushed him, cautioning that Valiant Hawk was top secret as if he knew what Valiant Hawk was all about.
After the game in the Pakistani secure facility, Sami and Mamnoon reviewed their recording and noted Operation Valiant Hawk. Checking the name against known US operations, they found that it did not appear on their data base so they sent it on to Islamabad by way of the secure cable. Captain Hussain fired back a message that the US had not shared details of Valiant Hawk, as they were required to do by treaty and tasked both Mamnoon and Sami with a vengeance to learn whatever details that they could. 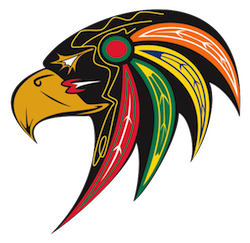 On a ridge in the Hindu Kush, about thirty statute miles from Chitral on the Afghan side of the border, First Lieutenant Michael Bennett opened the padlocked door with the Chicago Blackhawks logo hand painted on the rough wood planks. The door led down to another locked door, sealed with visqueen. The door had an official looking US Army sign that advised the reader that access through that second door was restricted to those with clearance for Operation Valiant Hawk. The room contained a still and the sour mash smell vented out through the latrine, above, which gave off the  pungent, acrid smell of soda lime.

One wall held the totem of Operation Valiant Hawk. The bird in the artists rendering was not particularly valiant nor was it of a hawk.

Just a drunk crow. The officers and men assigned to the reinforced strong point on the ridge knew that calling an operation “drunk crow” wouldn’t go very far when requisitioning equipment to build a still and palates of canned corn that became the sour mash from which the white lightning beverage that they so enjoy, emerged.

CH-44’s brought cases of canned corn and 50 lbs bags of sugar, ostensibly for use in Operation: Valiant Hawk – the winning of hearts and minds. 50 lbs bags of sugar were justified for the local production of candy, which the soldiers handed out to children. Right – no bag of sugar was ever wasted on haji. Through a complex process of no-cook fermentation, followed by hot distillation, they made nearly pure ethanol, with a little carmel added for color and flavor. The metal cans that had once contained corn, now crushed flat, were traded to a local scrap merchant in exchange for barley and wheat grain that were added to the melange to improve the  quality of the ethanol.

In a nation where there was little positive to report, the faked results of the US Army’s PSYOPS program filtered back slowly through battalion to brigade along with a completely separate rumor of a top secret program being run by 30th Infantry. Because nobody at brigade wanted to be thought to be ‘out of the loop’, all tacitly spoke of how they knew what was happening with Valiant Hawk, though they “couldn’t say anything about it”.

Brigadier General Robert Strong, commanding officer of the Fourth Brigade Combat Team, and responsible for the sector’s response to Taliban incursions across the Pakistan-Afghan border brought the matter up at dinner with Mathis White, the CIA liaison. Headquarters didn’t survive on meals-ready-to-eat. They feasted on far better fare. In between the steaks and baked potatoes and the cherries jubilee that the mess were preparing to serve au flambé table side, General Strong asked, “So what are you doing with my troopers with this Operation Valiant Hawk program?” 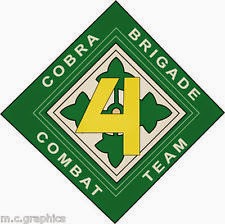 White, a thirty-something Yale grad, earning his stripes at CIA in the field, squinted and scrutinized the general before returning his attention to the steak in front of him. “There are things that I can’t comment on.”

“I mean, look, White, if you’re using my people to accomplish something, I need to be read into the program along with my S-2 so that we can support you properly.”

Forking a perfectly cooked medium rare piece of ribeye into his mouth, White spoke as he chewed, “It’s not just about your people, there are very sensitive methods and sources involved with Valiant Hawk that can’t be compromised.” He made a mental note to speak to his branch chief about the super secret Valiant Hawk because he wanted to know why the Agency didn’t trust him sufficiently to include him in the loop.