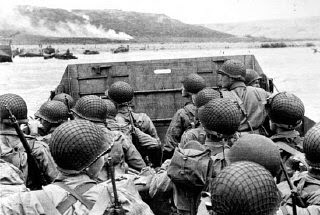 My Uncle Charlie was a rifleman in the First Infantry Division 26th Infantry Regiment and had landed at Oran, Algeria as part of Operation Torch. He ran from Rommel’s tanks along with everyone else at the Battle of the Kasserine Pass. Then he landed in Sicily opposed by German troops at Gela. By that time the regiment was about 50% veterans and 50% replacements. On June 6 the 26th Infantry Regiment assaulted Omaha Beach, suffering 30% casualties in the first hour of fighting. He was still alive and functioning, and in a rear area on December 16, 1944 when the Germans broke out of the Ardennes (Battle of the Bulge) and ran smack into the First Infantry Division. Three Purple Hearts, two Silver Stars and and a box full of lesser medals later, he ended the war in Csechoslovakia when peace was declared.
Uncle John, an engineer, was wounded in Africa during Operation Torch and ended up recycling into the 90th Infantry Division at Utah Beach. The beach wasn’t as rough as France was. The 90th saw tough fighting all the way into Germany. He was wounded a second time there and they recycled him into garrison duty in Italy where he ended the way. Both John and Charlie lived to tell the story.
I met a man once in my youth that fought with my Uncle Charlie in France and Germany. He said that Charlie was a mean son-of-a-bitch when he drank, and he drank a lot during the war. Charlie drank a lot when he got home. He ended up doing time in prison for assaulting a police officer with a claw hammer while drunk. The war didn’t treat Charlie kindly and neither did bourbon. John took another course and lived a life far freer from demons that haunted my Uncle Charlie.
Both Charlie and John passed away in the late 1990’s. 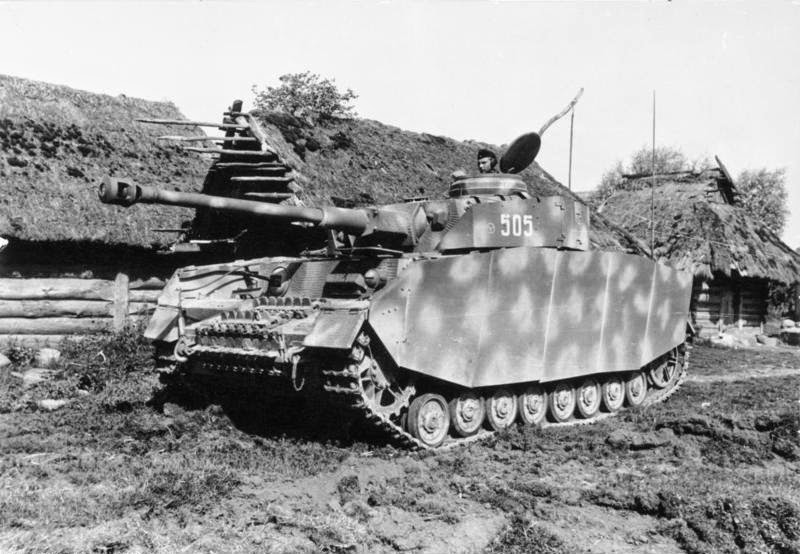 My cousin, Hermann Weiss, served as a captain in the 192th Panzergrenadier Regiment, 21st Panzer Division and with Rommel in Africa. On D-Day and subsequently, they fought near Caen. He’d been wounded in Poland very early in the war and was a hard Prussian style officer.

Wounded in a tank in France, the British took him prisoner in July 1944. He ended up in an American POW camp in Georgia and stayed in the US after the war with family who immigrated to the US long before WW2, becoming a stone mason. He died in the early 1960’s.

John ran a trucking company after the war and Charlie bounced from job to job.
Nobody thinks much about families with roots in both the US and Germany. D-Day impacted a lot of people as the Allies brought the war to a close one foot of ground at a time. On the Eastern Front Russians took appalling casualties in their Great Patriotic War.
War is about people. Regular people, who are often put in impossible situations. Some cope with it. Others, like my Uncle Charlie, relived unrelenting combat through three years of conflict and ended up trying to compensate as best he could.  Hermann was one of those people who focused all of his energy on what he was doing at the time and that’s how he coped. John stayed very active in his Regimental Association after the war and attended reunions until his death. He helped a lot of veterans through their personal crisis points. That’s how he coped.

On the other side of the world — and two years earlier, the US Navy scored a strategic victory over the Japanese fleet at Midway Island (June 4-6, 1942)

My father’s US Navy destroyer (USS Hazelwood, DD531) was hit by a kamikaze off Okinawa (not on D-Day) and used to cry from time to time when he recalled picking up the pieces of men who were blown up on the deck.

The ship didn’t sink, but it had to be cleaned up, people needed to be accounted for. He was nowhere near Europe and he saw a different sort of war. For a time he served with the Second Marine Raider Btn. in the Pacific (Navy gunner’s mate), but he said that the jungle was nowhere near as horrible as the experience at sea when his ship was hit.

He coped by trying to forget about it. Sometimes he was successful, sometimes he wasn’t. He worried about me when I (his oldest son) went into the Navy.