Gateway to the Weekend 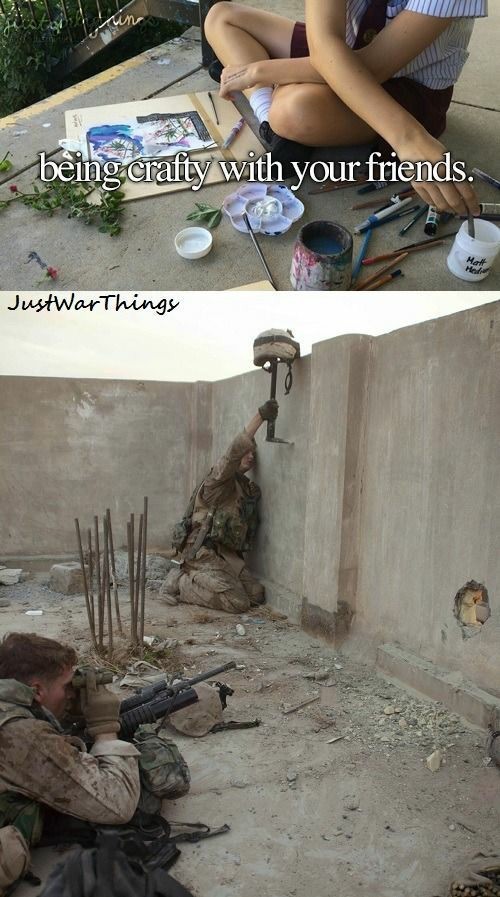 * (Zerohedge) The question of who in the USA has the authority to order a nuclear strike looms large since we know that it’s not Pedo Joe or Camela. It would appear from the article that somebody in the Pentagon does. The change in US strategic policy where a nuclear strike may be made against a non-nuclear threat is interesting, isn’t it?

“Still, I thought it was a kind of joke, someone playing a prank– until I was put in the back of the police car,” Thornton told Fox 5 Vegas. “I have always believed that when you have plenty, you should share.”

“This case is about kindness. Bullhead City has criminalized kindness,” said Thornton’s attorney, according to the report. “The city council passed an ordinance that makes it a crime punishable by four months imprisonment to share food in public parks for charitable purposes.”

* The twisting saga of Elon Musk’s bid to buy Twitter ended late yesterday, with the Tesla and SpaceX CEO closing on the $44 billion deal to buy the social media platform. Musk marked the occasion, as he has so many other milestones on the tumultuous journey, with a tweet.

The Battleship that Stalin had demanded from Italy came to fruition in 1949. Following WWII, the Allies had drawn ‘lots’ – groups of Italian ships – in 1948 to determine who got what. Either by design or extremely poor luck, the Soviets drew the lot that contained the aged, but rebuilt, dreadnought Giulio Cesare instead of a Littorio-class. Regardless, the Soviets stood poised to welcome a powerful addition to their Black Sea Fleet post-war. 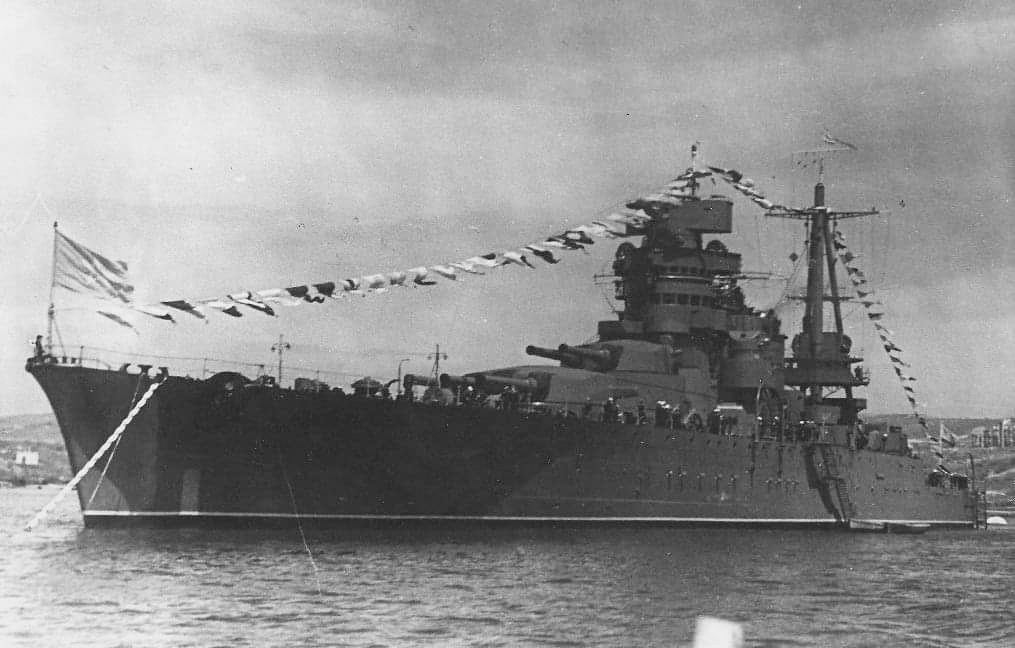 Obstacles remained. The Soviets wanted Italy to fund a complete refit of the battleship, which had been sitting in Taranto since June 1944. The Soviets also wanted a grandiose handover in Soviet waters. Italy refused to sail the ship to the Black Sea, and in December 1948 Turkey forbade it anyways by invoking a 1936 ban on non-Black Sea power warships greater than 15,000 tons in the Turkish Straits. Instead, Italy moved Cesare to Valona, Albania, in February 1949 after a hasty partial refit in Augusta. On February 6, 1949, the Italians handed her over in a tense exchange.

The Soviets steamed out of Albania on the 20th. The voyage to the Black Sea showed her flaws: none of the gauges had been translated, and many systems barely worked. Worse, the damage control post contained limited documentation, insufficient to actually keep the ship from sinking in case of disaster. (and would play out in the USSR six years later) The ship reached Sevastopol on the 26th, and in a ceremony on March 5 received the name Novorossiysk.

Novorossiysk’s tribulations had just begun. It took the majority of the year to get the ship ready for service, and supply chains had to be built using reverse engineering. The ship had a recurring issue with mold, and no built-in mess space for meals, so habitability was abysmal, but by Russian standards, somehow acceptable. By the end of 1950, she was determined to be of more use as a training platform than as a primary combatant, and between exercises was constantly undergoing some sort of work; over six years, she visited the shipyard eight times, including a substantial and expensive modernization in 1953. The work done in 1953 was notable, as it installed radar, replaced the diesel generators, swapped the boilers out for domestic models, and replaced all Italian anti-aircraft guns with Soviet 37mm and 25mm types. That same year, Stalin died, and additional plans for the ship died with him – including a proposed domestic replacement of her main battery.

Two years later, on October 28, 1955, the battleship returned from gunnery exercises and moored at buoy no. 3 in Sevastopol. She had moored there ten times prior, beginning in 1954; the battleship Sevastopol had similarly dropped anchor and shackled to that same mooring buoy no fewer than 130 times in the past decade. But this time would be different.”

At 0130 hrs., an explosion estimated to be the equivalent of 1,200 kilograms of TNT under the bow of the ship pierced all decks from the bottom plating to the forecastle deck. In the forecastle deck, there was one hole that measured 14×4 meters in size. The damage extended aft from the bow 22 meters.

The ship sank slowly from the bow, capsizing at 0415 hrs., 2 hours and 45 minutes after the explosion, and 18 hours later became fully submerged. The capsizing resulted in the death of 608 sailors, most of whom were staying in the ship’s compartments. It became the worst disaster in Soviet naval history. Because of the politics of the Cold War, the fate of the Novorossiysk remained clouded in mystery until the late 1980s.

The cause of the explosion is still unclear. The official cause of the sinking, regarded as most probable, is a magnetic RMH naval mine, laid by the Germans during World War II. During the next two years after the disaster, divers found 19 German mines at the bottom of Sevastopol Bay. Eleven of the mines were as powerful as the estimated blast under Novorossiysk. There is, however, some doubt that the blast was caused by a mine. The area where Novorossiysk sank was considered swept of mines, and other ships had used the area without triggering the mine. Some experts place the maximum battery life of the magnetic mines at 9 years and thus contend that such a mine would be unlikely to trigger by the time of the explosion. Another problem some experts claim is that the size of the crater (1 – 2.1 m deep) was too small for such a big mine. On the other hand, according to some research, damage to the ship corresponded to an explosion equivalent to 5,000 kilograms of TNT.

A more theatrical conspiracy explanation was that Italian frogmen were avenging the transfer of the formerly-Italian battleship to the USSR. Covert action by the Italian special operations unit Decima Flottiglia MAS has often been surmised, and there were rumors that not long thereafter a group of Italian Navy frogmen received high military awards. However, no actual real-life evidence for this hypothesis exists or ever surfaced.

Another theory states that explosives were hidden in the ship before she was given to the Russians. No evidence of sabotage has been found, though Soviet inquiries did not rule out the possibility because of the poor safeguarding of the fleet base on the night of the explosion. The goal of covertly destroying the battleship would be a small prize compared to the risk of provoking war if discovered, so the motive of such an Italian operation is questionable and does not support these theories. There is also a conspiracy theory that Novorossiysk was sunk by Soviet secret service divers in order to blame Turkey for the sabotage as justification to take control of the Bosporus and Dardanelles, and that the plan was eventually abandoned. There is no strong evidence to support this hypothesis.

The enormous loss of life was directly blamed on the incompetent actions of her captain, Fleet Commander Vice Admiral Victor Parkhomenko. Among other underestimates of the danger to his ship, he did not know the conditions of the sea bottom, believing that the ratio between the sea depth (17 meters) and the ship’s beam (28 meters) would prevent capsizing. However, the bottom was soft ooze, 15 meters deep, which offered no resistance. It was also reported that the commander displayed conceit and groundless calmness during this critical situation, and had even expressed the wish to “go have some tea”.

Because of the loss of Novorossiysk, the First Deputy Minister of Defence and Commander-in-Chief of the Navy Nikolai Gerasimovich Kuznetsov was fired from his post in November 1955, and in February 1956 was demoted to the rank of vice admiral and sent to retirement without the right to return to active service in the Navy. Kuznetsov was later reinstated.

During the mid-1970s, Novorossiysk was repaired and reconstructed with a much larger hull, over 250 meters, and mounted with 460 mm guns, making Novorossiysk the most powerful battleship ever in the Soviet Northern Fleet. It is now part of a modernization program to make room for new missiles and turrets.

We’re coming up on the Halloween party weekend and I hope that you have as much fun as you want to have. I usually take a pass these days, but I’ve gotten into some mischief in the past.