Every Blade of Grass (Sunday Sermonette) 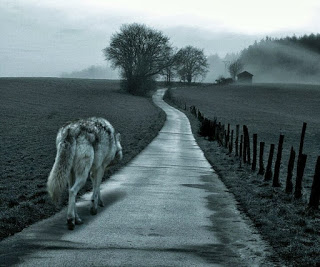 …There would be a rifle behind every blade of grass.

“Should hostilities once break out between Japan and the United States, it is not enough that we take Guam and the Philippines, nor even Hawaii and San Francisco. To make victory certain, we would have to march into Washington and dictate the terms of peace in the White House. I wonder if our politicians, among whom armchair arguments about war are being glibly bandied about in the name of state politics, have confidence as to the final outcome and are prepared to make the necessary sacrifices.” – Admiral Isoroku Yamamoto

Thus the gun culture in America is explained. The Second Amendment, guaranteeing the RIGHT of Americans to arm themselves has more to do with defending life and liberty than it does with hunting. It’s position in the Bill of Rights indicates that it’s not an afterthought, though the corrupt, elite, smug, nasty, lying mainstream media – which shills for the progressive movement would tell you otherwise.
War Planner posted this on his blog, and I’ve shamelessly lifted it for its use here. The inner city person in the video (below) sets forth his own frustration and concerns at talk of a race war that some black people have advocated against white people.

His first words explain that if blacks decide to rise up against other races, they will be “pig food”. I ask myself, why black people would want to do that. We’re all Americans. Aren’t we? He suggests that inner city people don’t have a culture of marksmanship, whereas even white girls are trained by their parents to drop ordnance on target. I have 4 daughters. They were trained to be lethal so I take his point. Anyway, he explains his reasoning on the video.

The above accurately sets forth how I was trained as a young man, starting somewhere around age 6. It carried through and I’m a bit older now.

I have eight grandchildren, each of whom needs his own AR-15. I wonder if I can get a deal by buying quantity in Arizona?

California has tried to destroy weapons by making them less effective. No need to buy them here. Truth be told, you’re better off buying arms and ammo from the Mexican drug cartels if you live in California. They have better gear, bargain basement prices, and don’t require that you fill out paperwork or go through a two-week waiting period. They also have a much better selection than available in stores. They also have Claymore mines, hand grenades, belt-fed squad automatic weapons, grenade launchers and RPG-7’s for the defense minded. Competition keeps the price down and they sell to the public. YOU KNOW THAT I’M KIDDING, right? The State of California says that it protects honest citizens from drug cartels – no cartel members here. And because having an unlicensed firearm in California is a crime, that will deter even the most ardent parolee at large.

Have a splendid weekend. Try to get out to the range because while speed is fine, accuracy is final. This ends your sermonette.