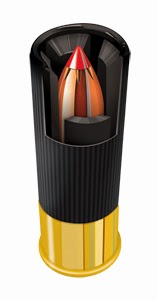 This is your Sunday Sermonette.

There’s nothing like a walk though the woods on a Sunday morning (works any morning) to bring clarity. However when on walk about, what should you haul along with you besides a snack and a canteen?

The advent of the fully rifled shotgun barrel (making it a rifle, not a gun), creates new opportunities for shooters. I ordered my Benelli (Part #81070) fully rifled barrel for my Nova H2O Pump action gun and it took about a year to arrive.
Now I’m shooting Hornady SST rounds through it. They are not rifled slugs. They are  300 gr. fifty-caliber bullets (in a sabot) that fire through a rifled shotgun barrel. The sharp bullet point increases the ballistic coefficient of the round allowing it to fly faster, farther and on a flatter trajectory.

On impact, the Flex Tip initiates expansion at all velocities.

The Hornady SST Shotgun round delivers true 200 meter accuracy with sub-2″ groups at 100 meters. The 12 GA 300 gr flex tip bullet delivers a crushing 1793 ft/lbs of energy at 100 meters.
So what do you call your old shotgun? It’s not a gun (for fighting not for fun), and it can’t fire shot effectively through a rifled barrel. A Shrifle? or a Rotgun? I don’t know. My Benelli’s name is Odin  when fitted with a rifled barrel. So I’m not struggling over a name. Just Odin.

(Odin runs the corpse haul in Valhalla – where you go if you die bravely. You’ll know if you died bravely because Valkyrie will take you there. If you don’t die bravely, you’ll end up hanging with Obama, Pelosi, Satan and Liberace through all time. If that doesn’t impel you to bravery, nothing will.)

But —- Odin looks just like a shotgun until you see the lands and grooves in the barrel. 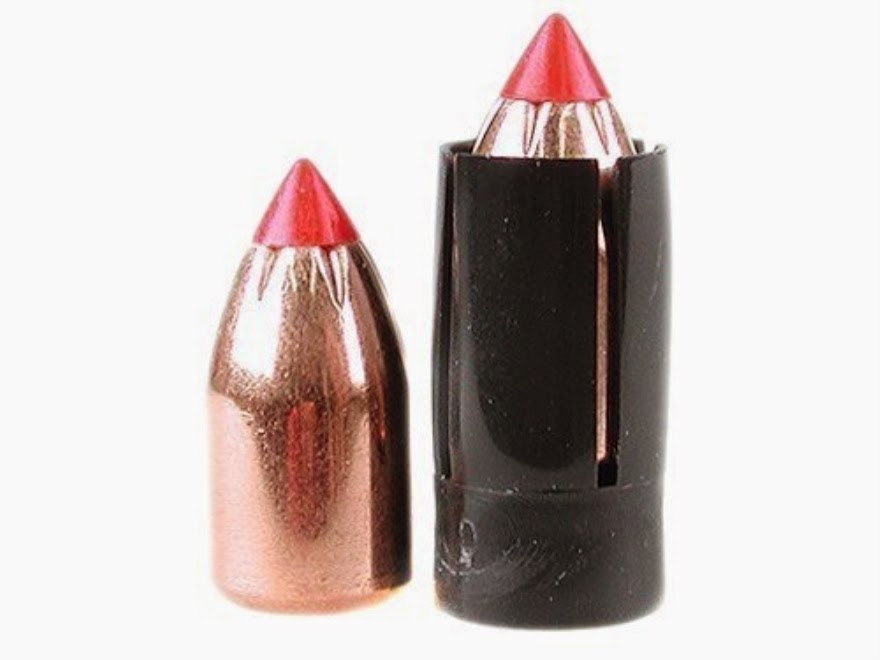 I have no idea how the Canadians feel about this. They allow Americans to bring shotguns north (to deal with marauding bears and such). I guess that they’d be ok with this sort of outfit as well. But you never can tell with those guys.
Imagine that. A shotgun firing a .50 round that is accurate on a bear/deer/man target at 200 meters. When compared to the S&W 460 Magnum handgun…the performance is close. The SST sabot/ bullet is 100 grains heavier than the 200 gr. .460 bullet but it’s traveling much slower. Both punch roughly a 1/2 inch hole in the paper…or whatever. Both are designed to be game-ending.

Most people are more comfortable with the look of a shotgun – because they can associate it with dove hunting and what-not, than they would be with a Barrett or McMillan .50 BMG. And in fairness, the cartridges are nothing alike. But they’re still distant cousins in this configuration.

I prefer the Benelli H2O/Remington 870 Marine simply because of the utility of a stainless steel gun in maritime environments (which extends to littoral swamps or wetlands). Both are designed as slug guns and will take high brass loads in stride. Both are well engineered. Both are excellent for walk-about.

Do you really need a rifled shotgun barrel? Of course you do… 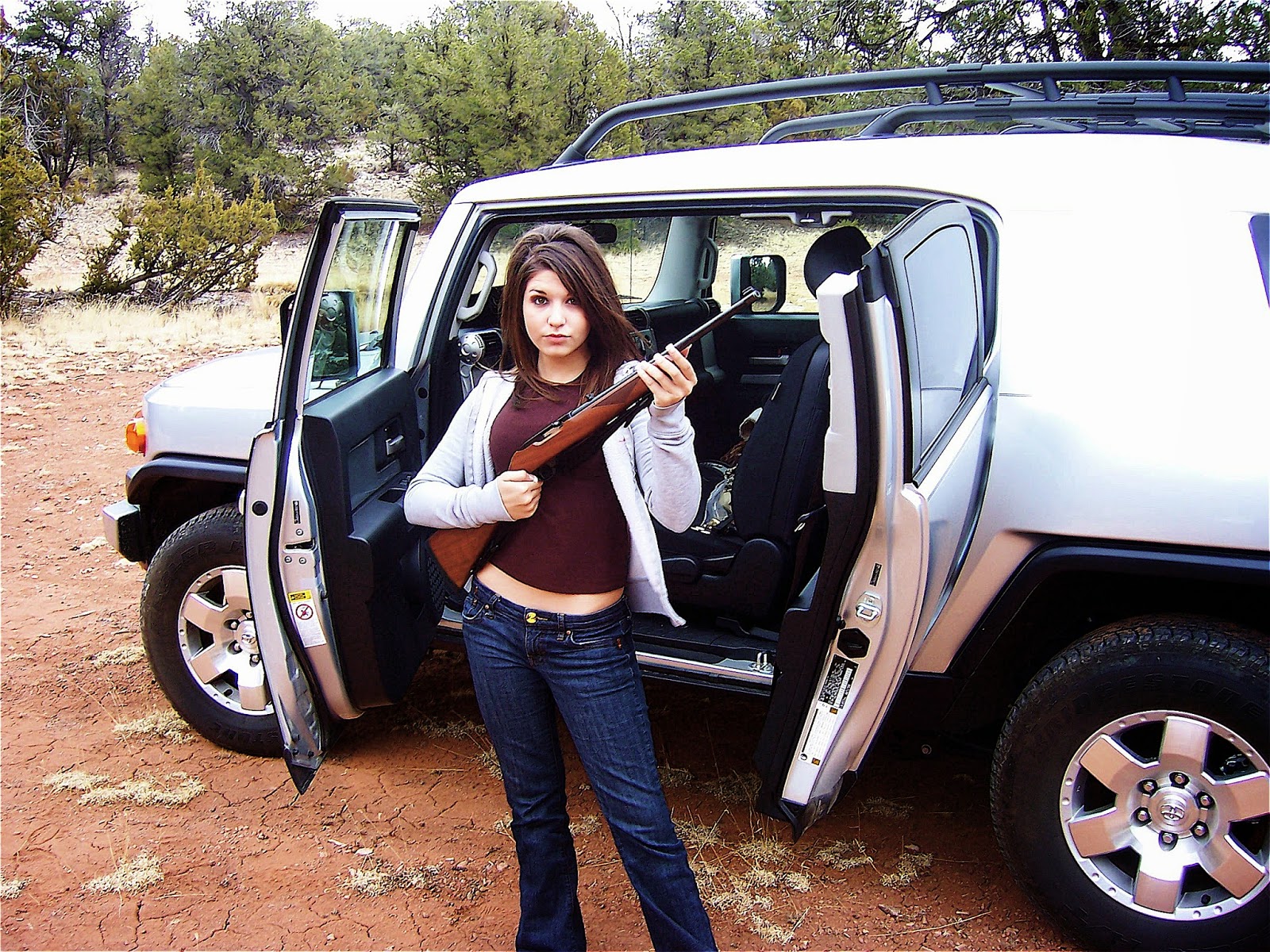 My daughter, Emile, preparing for walk-about, holding her .22 rifle, keeping her finger out of the trigger guard, as instructed. Would it be better if she had a shotgun with a rifled barrel? Maybe, but she’s not getting mine.