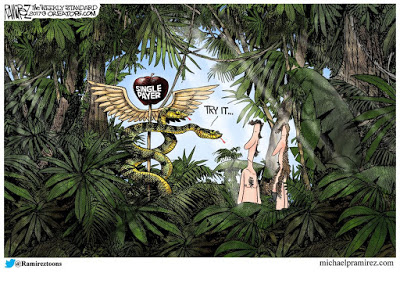 America set up a single-payer health plan a long time ago. It’s what the Democrat Party wants for the country. It’s called the Veteran’s Administration. While some VA offices worked well, the system as a whole was a train wreck. I don’t think that there is anyone in Washington that would dispute it.
Reform of the VA (and its labor unions) has become a cliche for a lot of politicians. The current move is to allow patients who need care immediately to step out of the system and go to healthcare providers in the open market.
However if all healthcare in America was a much larger version of the VA, there would not be an open market to resort to. Sure, there’d be some independent providers catering to elites and those wealthy enough to pay for them. But the really good healthcare would be far beyond the means of 95% of the nation.
Is that what we want?
I realize that the “free cheese”/”Obamaphone” crowd want somebody else to pay for their needs, and they ALL want Cadillac care, but that won’t be happening in a country of 330 million people where 48% pay no federal income tax.
The Market
The market for health insurance should look like the market for auto insurance or homeowner’s insurance: coverage you buy on your own, instead of depending on the government or your employer to buy it for you. Supplement that market with financial assistance for the poor and the chronically ill, and you’ll have achieved market-based universal coverage, along the lines of Switzerland’s health care system.
In order to make the U.S. health care system as free and efficient as Switzerland’s, we’d need to do four things: (1) establish a functioning individual health insurance market by replacing Obamacare’s exchanges; (2) gradually raise Medicare’s eligibility age for future retirees so that more people in their sixties would buy individual coverage that is subsidized where needed; (3) gradually migrate certain populations out of Medicaid and into the individual market; (4) address the grab-bag of other health-reform problems like medical malpractice, hospital consolidation, drug pricing, and veterans’ health care. 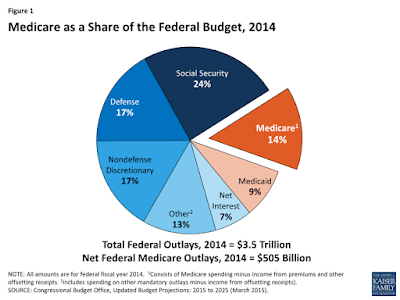 The American Health Care Act passed by the House was focused on problems (1) and (3). Legislative rules bar Republicans from using the reconciliation process to change Medicare.
The Onion
Medicare is the elephant in the room that nobody wants to talk about. It’s a $600 billion/year problem that is headed toward a trillion (see figures below). Because old people tend to vote, politicians don’t want to bite the onion and change the eligibility age. But it needs to be nudged upward – possibly to 70, to make room for all of the younger (newly entitled) sick, those chronically dependent on others for their sustenance and so forth.

Ideally any government insurance/welfare program would deal with chronic and catastrophic problems, requiring patients to cover the cost of incidental doctor’s visits and elective care. Catastrophic plans are far less expensive but that’s where the greatest need is.


Though it may seem impossibly unfair to some of this blog’s readers, discounts and preferential treatment for federally subsidized healthcare should be given to people who don’t voluntarily engage in activities (smoking, abuse of alcohol and drugs, obesity, etc) that put themselves more at risk. This may sound cruel, but incentivizing good habits may increase lifespan, the quality of that life and the expense of medical care paid for by public dime.

At least that’s how I see it. 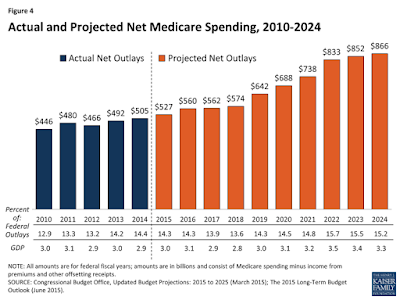