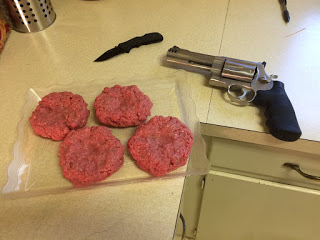 Facebook
Twitter
Pinterest
WhatsApp
Those of you who follow Lone Star Parson’s blog are familiar with his cuisine and his regular feature, “Cooking with LSP”. I was at the compound in Central Texas today and had dinner with LSP so it’s just “eating with LSP”.
The theme for tonight’s ration at the headquarters of the Dallas Light Cavalry (irregular) was ‘hamburgers and firepower’.
LSP formed patties and added salt and pepper. 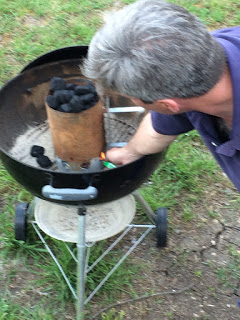 Then he started the fire. He didn’t use a flint and steel, resorting to a Bic lighter. I didn’t know that things like that were permitted in the compound. LSP said that it was ok so long as you didn’t light them in the magazine.
During this entire process, Blue Scout looked on with sincere anticipation for his own personal ration of ground beast. 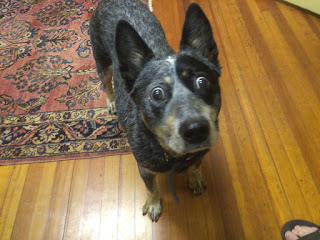 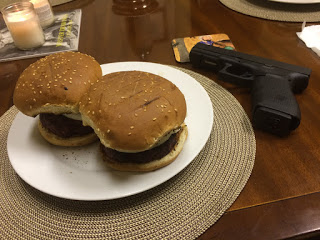