Don’t Let Them go to Waste 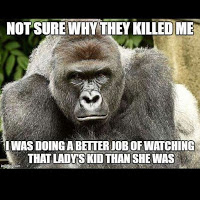 Facebook
Twitter
Pinterest
WhatsApp
These Crisis Points come and go….
Am I the only one who recalls the Zika virus ‘crisis’ last year? We pumped $1.6 billion in taxpayer dollars to solve the problem.
Projections were dire.
In July of last year, CDC director Dr. Thomas Frieden called Puerto Rico’s Zika epidemic “horrifying.” He warned it could sicken 10,000 pregnant Puerto Rican women in 2016 alone, causing catastrophic birth defects in hundreds of babies.
Fortunately, that didn’t happen. How could CDC have gotten it so wrong? And what happened to the monty that we threw into that rat-hole in Puerto Rico? Once they gorged on American pork, there was no more need for money for Zika.

The progressive left needs something to wring its hands about. The 24 hour news cycle must report on some sort of crisis – breaking news. Either its illegal aliens who cross the US Border illegally and end up being detained with minors segregated, or it’s anger at President Trump threatening North Korea, or it’s President Trump making peace with North Korea. The daily crisis points come and go. Who can forget Harambe, the gorilla? Don’t tell me that you forgot Harambe.
Germany agreed to drop all tariffs on imports of our autos into the Fatherland if we would our much smaller import tariffs on their cars. Isn’t that amazing? Where are the corrupt, smug, sly, lying, elite media reports on that? Maybe they’re getting tired of winning?

Volcano coverage in Hawaii has stopped. Did the volcano stop erupting?