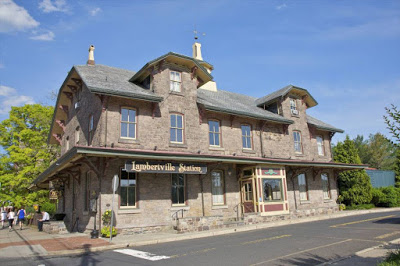 The City of Lambertville, New Jersey was settled by some ancestors, FOB (fresh-off-the-boat) from the old country. Some of them are said to have been Torries who fought for the crown during the American rebellion. 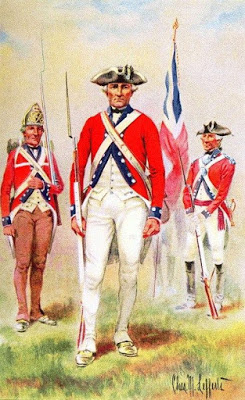 What were they thinking?
They went against the “people” and supported an uncaring political elite who squandered what capital they had – and ended up with colonies, which weren’t subject to much of anything when all was said.
(left) De Lancey’s Brigade, 1776 – 1783. A Loyalist unit of 3 battalions raised by Oliver de Lancey from the New York State counties of New York, Winchester, Kings and Queens.
They picked the wrong side that time. After that, I think that the ancestors were on the winning side enough to live and procreate… ta-dah!
So on this Memorial Day Weekend, I’m also thinking about the ancestors who screwed up a war that allowed America to be born! 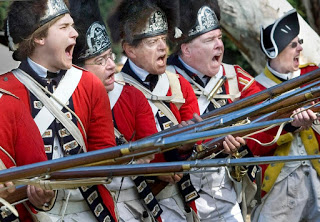 There will be some who will reenact battles that formed America today on Memorial day. One can only hope that they have the good grace to lose this time. However, I’m not convinced that a British Governor might do a better job in California than Jerry Brown is. 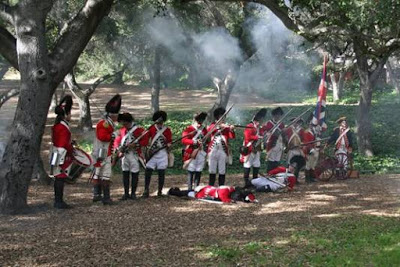