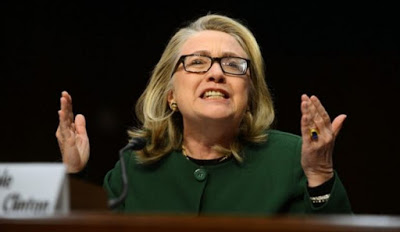 Facebook
Twitter
Pinterest
WhatsApp
— Testimony of Gregory Hicks and Eric Nordstrom Before House Oversight and Governmental Reform Committee, May 2013
Congressman Jason Chaffetz: Mr. Hicks, we typically need permission of a host nation government to fly military aircraft over their territory?
Deputy Chief of Mission Gregory Hicks: Yes, we do.
Chaffetz: And to your knowledge did we ever ask the Libyans for permission to fly over their country?
Hicks: Frequently.
Chaffetz: Did we the night of the attack?
Hicks: The night of the attack?
Chaffetz: The night – once this incident started, did we seek permission from the Libyan government to do flyover?
Hicks: I think in the record there is a UAV was flying over Libya that night and it had permission to be there.
Chaffetz: Did we ever ask for permission to fly anything other than an unarmed drone over Libya during the attack?
Hicks: No.
Chaffetz: Would you have known that?
Hicks: Yes.
Chaffetz: Based on your extensive experience as a diplomat in dealing with the Libyan government, do you believe the Libyans would have grant the over flight rights if State had requested it?
Hicks: I believe they would have.
Chaffetz: Mr. Nordstrom, do you believe that would also be true?
Regional Security Officer Nordstrom: I think certainly in this situation. They were fairly, yeah.
“State” is the Secretary of State, which was Hillary. She never asked Libya for permission, which means she stopped the response by her own fiat.
PS
As a post script, I like this Hillary (photo above) with the lank, dirty hair, the cokebottle glasses and the nasty yellow teeth better than candidate Hillary, who has her face stretched, her teeth brushed and her hair styled. The Hillary above, in command of a legion of flying monkeys is just more authentic than the shrill, angry, old woman that we see on the television these days.

The Benghazi investigation led to the e-mail scandal and that still has yet to play out. 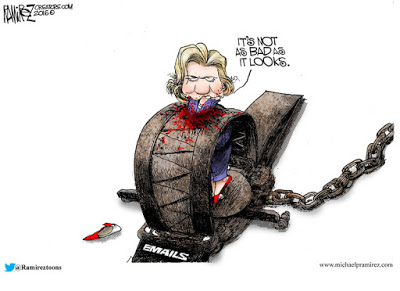 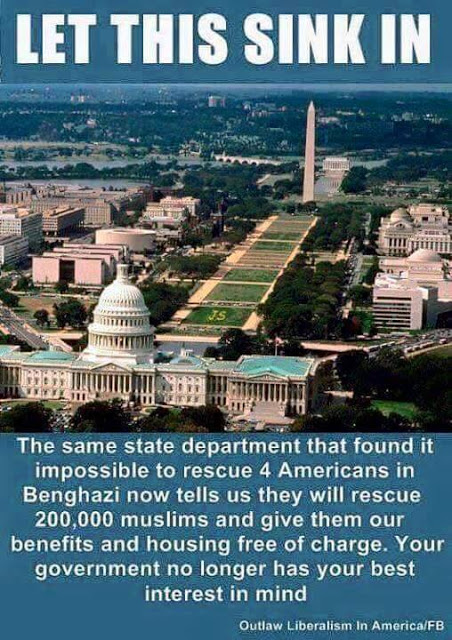