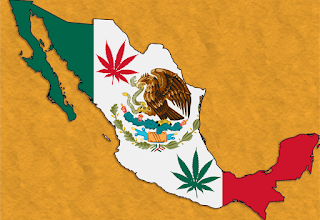 Facebook
Twitter
Pinterest
WhatsApp
Mexican Business Update
Since the election of President Trump, my business with Mexican clients has been off the charts. There is a lot of concern south of the border that their economy will continue to tank. It’s not just the Mexicans themselves who are concerned, but the global investors are abandoning them as a bad bet. 80% of Mexican exports end up in the United States, and with President Trump’s promise to repudiate NAFTA and renegotiate trade (tariffs will help pay for the wall).

The peso on Wednesday tumbled to another all-time low against the dollar as Mr. Trump pledged to change U.S. trade policy with Mexico. “Mexico has taken advantage of the United States,” he said during his press conference. “It’s not going to happen anymore.”

The Mexican currency weakened 0.3%—at 21.8609 from 21.8009 late Tuesday—again frustrating Mexican central-bank efforts to slow the currency’s decline. Bank officials said Tuesday that they spent $2 billion last week to prop up the peso, which has weakened 16% against the dollar since the U.S. election.

Fiat-Chrysler and Ford are early departures from Mexico to the US but there will be many more as US companies find it disadvantageous to manufacture there and ship the finished products to the US.
The Narcotics Business
The narcos have a mixed take on the situation. They hoard US currency, so their dollars will be worth more in a down-turning Mexican economy and as people begin to look for work, they can reduce the cost of their domestic overhead. The move from marijuana cultivation to opium poppies has been wildly successful and the US narcotics market has embraced heroin.

Mexican drug cartels feel that while a border wall may slow their business enterprise, it will not stop it. The shift to heroin from the bulkier Mexican weed (because of American legalization) has worked. Cartels have also gone into the medical marijuana market where it is legal in the US putting straw men up front as the face of the store. So they see a way forward no matter what the US does.
At present, American law enforcement efforts manage to interdict about 5% of the drugs that come across the border. Cocaine was more expensive than home brewed methamphetemine or marijuana because the manufacture overhead went back to Colombia. With heroin, the cost of growing and refining domestically is next to nothing, so seizures of even 25% of the traffic crossing the border would still assure the cartels of a healthy profit.
Framing the Situation
The narcotics business and money sent south to family by illegal aliens (3 million people send money south every week) who are selling drugs or working legitimately in the US accounts for a huge amount of Mexico’s wealth. The one-two punch of reducing the money coming south and adding tariffs would cause the economy to rely even more on illegal narcotics, the third leg of the Mexican economic tripod.
Almost 30% of Mexico’s gross domestic product comes from legal trade with the U.S. When you add in illegal narcotics income and money sent from the US to relatives in Mexico, you’re up in the 50% range.

Fitch Ratings in early December cut its rating outlook on Mexico’s long-term debt to negative from stable, a sign that currency depreciation resulting from Mr. Trump’s victory had increased uncertainty to the point that it could hurt Mexico’s public finances.
“No one is willing to stick their neck out and take a shot on Mexican assets right now,” said Win Thin, an emerging-markets strategist at Brown Brothers Harriman & Co.

Large companies are holding off making investment decisions when it comes to Mexico primary because of the election of President Trump.
Illegal Immigration
The Mexican government has warned President Trump that a weaker peso would spur more illegal immigration as the economy falters. President Trump replied, “That’s why we’re building that big, beautiful wall.”
For at least a century, both legal and more importantly, illegal immigration, provided a safety valve for Mexico. The angry malcontents left Mexico and worked (illegally) in the US, rather than fight the corrupt government at home. The options left to the Mexican government are not appealing.