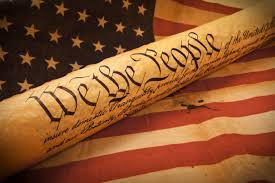 Facebook
Twitter
Pinterest
WhatsApp
A brief history of Constitutional Crisis Events in the USA. As is outlined below, sometimes a crisis results in compromise, sometimes in a change of law and other times, civil war (#1 and #4).
(1) The Shot Heard Round the World – Even though this preceded the Constitution, it’s a good example so it stays. The Stamp Act of 1765 set off protests from colonists against taxation without representation (in the British Parliament). Parliament continued to assert its authority in subsequent “Intolerable Acts” acts, throwing colonial governments into chaos and leading the colonists to declare total independence from Britain.

(2) The Nullification Crisis of 1832, in which South Carolina declared that it would not permit collection of a federal tariff. The United States Congress eventually passed a law to authorize the President to use military force in South Carolina to enforce federal laws, as well as a revised tariff law with lower rates.
(3) Presidential Succession – In 1841 the death of President William Harrison resulted in Vice-President John Tyler becoming President, the first vice-president to succeed in that way, to the presidency. He assumed full presidential powers, although there was doubt whether the actual office of President “devolved” upon the Vice President or merely its powers and duties. This led to the passage of the 25th Amendment.
(4) The War of Northern Aggression – In 1861, seven southern states seceded from the union, leading to northern states invading the American South. The resulting civil war changed the nation forever and in ways is still being contended.
(5) Disputed Presidential Election – In 1876, Republicans and Democrats disputed voting results in three states. An ad hoc electoral commission created by Congress voted along party lines in favor of Republican candidate Rutherford B. Hayes, who damped Southern fury by withdrawing federal occupation troops from the South.
(6) The Watergate Scandal – Between 1972 and 1974, President Richard Nixon and his staff obstructed investigations into their political activities. Nixon resigned, under threat of impeachment, after the release of an audio tape showing that he had personally approved the obstruction.

Congressional moves to restrain presidential authority continued for years afterward. The  dismissal of independent special prosecutor Archibald Cox and the subsequent resignations of Attorney General Elliot Richardson and Deputy AG William Ruckelshaus led to the  Independent Counsel Act for a more impartial way of investigating high level public integrity cases in the executive branch without interference from the President or other executive branch leaders. 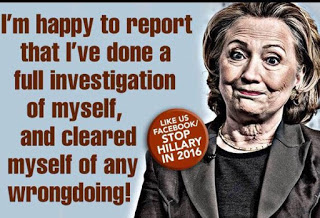 The election of 2016 may bring about yet another Constitutional Crisis Event.  The election of Hillary Clinton to the presidency while she is under investigation for commission of “high crimes and misdemeanors” would likely result in the immediate appointment by Congress of an independent prosecutor to pursue corruption-related charges against her, her assistant and lover, Huma Weiner and her husband, former president Bill (Slick Willy) Clinton for crimes involving racketeering in the Clinton Foundation.
An impeachment of Clinton could result in a situation where she pardons herself and remains in office. – Which would set off another Constitutional Crisis. That could require the US Military to intervene.


OR
The election of Donald Trump would likely result in aggressive prosecutions of Clinton, her assistant/lesbian lover, her husband and other ranking members of the Obama Administration, possibly reaching to the former president, himself, for felonies committed while in office. While that would not result in a Constitutional Crisis, it would be unprecedented.