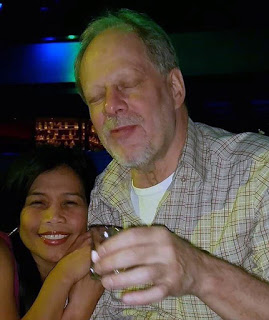 Facebook
Twitter
Pinterest
WhatsApp
He snapped’: Las Vegas shooter Stephen Paddock ‘s brother says that the family is ‘dumbfounded’, and has no idea of motive. Let’s throw some spaghetti against the wall and speculate.
Paddock is a multi-millionaire who made his money as a land developer in Nevada. ATF apparently approved his purchase of around a dozen fully automatic weapons. YET the federal government disavowed knowing anything about him. Really?
Was Stephen Paddock an anti-Trump protester? Maybe
InfoWars says the FBI found Antifa and ISIS literature in Paddock’s hotel suite (two connecting rooms) at the Mandalay Bay. (true or untrue?) We do know that ISIS has taken credit for the shooting twice today.
This will be fleshed out by law enforcement eventually. But the murderous progressive shooting rampage reminds me a lot of the situation we saw in Virginia, where James Hodgkinson, a left-wing activist, attacked Republican legislators who were playing baseball. (more here) The difference between the two events rests with the level of planning that Paddock took to position himself with fully automatic weapons. In both cases, the targets were pro-Trump people (if Country Music lovers can be blanketed that way). It’s a stretch to characterize Republican Congressmen as pro-Trump as well, but the Progs tend to lump everyone into Hillary’s ‘basked of deplorables’.