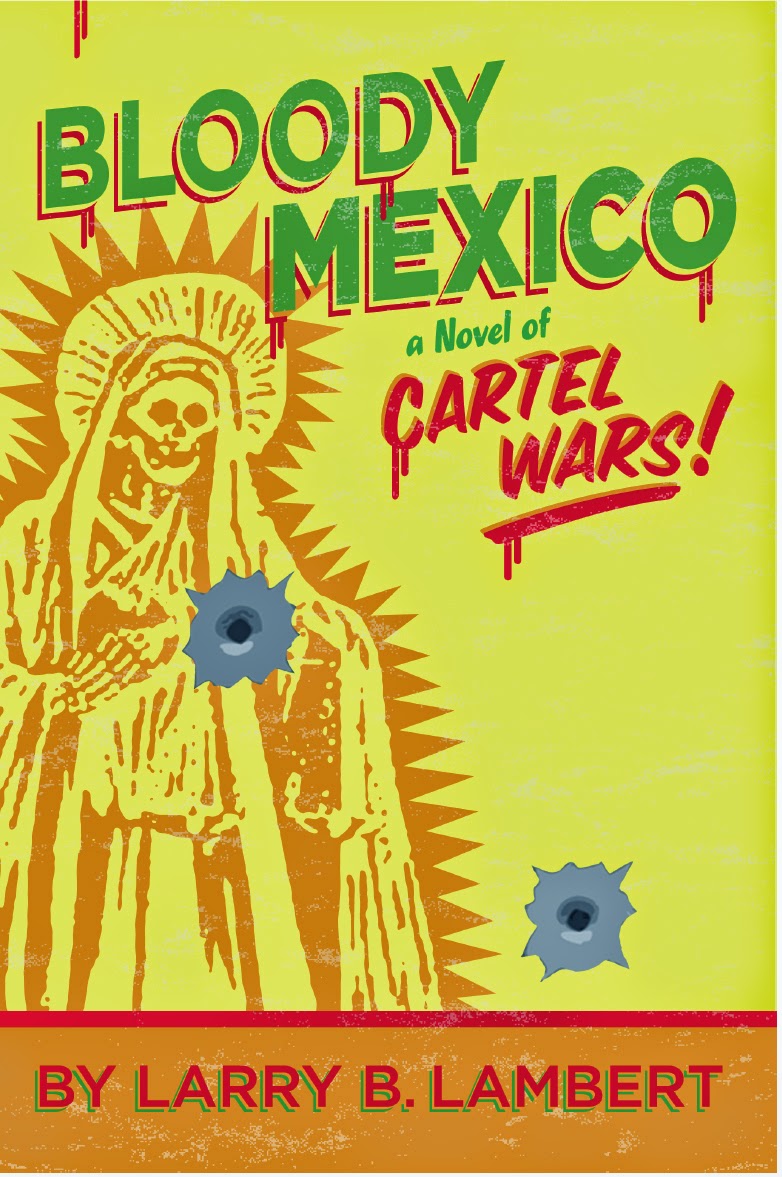 Facebook
Twitter
Pinterest
WhatsApp
Conduct Unbecoming is the first chapter of the novel, No Way to Fail, presented here on the Virtual Mirage Blog in three parts.


No Way to Fail: A Novel of Cartel Wars, is third in the Cartel Wars series by Larry B. Lambert
Bloody Mexico: A Novel of Cartel Wars
The Old Whore: A Novel of Cartel Wars
© Larry B. Lambert, 2014
Conduct Unbecoming (part ONE of THREE)
Chapter One: Conduct Unbecoming
“Show me a hero and I will write you a tragedy.” -F. Scott Fitzgerald
The Leper Colony
Chief Special Warfare Operator Darryl Slater, USN, sat behind an old, scuffed, oak desk that dated back to the Korean War, in an unadorned office set apart for political lepers to consider their fates. Darryl’s office was one of a dozen or so in the slat-sided wooden building that dated even further back to the Second World War. Coat upon coat of gray paint had been slopped on the wood over the years and Darryl felt certain it was only the paint that kept the decrepit structure standing. His only window looked across from the Pearl City salt marsh to Pearl Harbor, Ford Island and the mothball fleet with its keels snugged firmly into the briney ooze of the silted-up shoals. He stood and cracked the window open, allowing the breeze to filter in. The room had the sour age stench that reminded Slater of an old taxi.
He propped a rusty circulating fan that didn’t rotate anymore near the window and propelled a refreshing sea breeze into the room at gale force.
An old base van, navy gray with “official use only” stenciled on the side, rattled up to the Leper Colony. Bozo Pierce arrived. Bozo came every day as he made his rounds. None of the lepers awaiting the adjudication of naval justice cared for Bozo, but he brought hot malasadas, sort of a Filipino doughnut covered with cinnamon and sugar. Anyone who would do that, could buy himself a few temporary friends.
“It’s Bozo again.”
Darryl turned to see Lieutenant (junior grade) Aldrich (Call me Al) Meadows, a fellow leper, standing by his office door. “Yeah, and it looks as if he’s going festive on us.”

Lieutenant (jg) Meadows couldn’t see Bozo unload the van from where he stood, but he could see the University of Hawaii Stadium, and it prompted a comment. “Are you going to the game tonight?” He pointed to the stadium. “I played there once when I was at the University of Oregon”.

“Lady’s softball team?” Darryl’s barb was lost on Lieutenant (jg) Meadows.
“No, football, running back, but did a little bench time even back then. The game kicks off at 5pm. You really ought to go.”
“I’ll pass.” Suddenly, Darryl just wanted Aldrich Meadows to go away and eat one of Bozo’s malasadas or something. The condition of those who mustered daily at the Leper Colony was such that they tended to depress each other.
“I majored in electrical engineering at U of O, so I may have a future outside of the Navy. I mean, when all of this is over.” Aldrich had the bad judgment to date and have sexual congress with a senior officer’s seventeen year-old daughter. That the lieutenant had no way of knowing that the busty, horny young lady he’d met on the beach was (a) under age or (b) a military dependent of some renown, was immaterial to military justice. He found a sea lawyer from ranks of the Judge Advocate General’s corps to defend him and planned to fight it, all the time knowing that the officers who would stand judgment against him knew the girl’s father.
Slater nodded absently. He didn’t want to hear the story again.
“What will you do, Chief—if you loose your case?”
“I’ll loose. But I graduated summa cum laude from the University of Adversity.” Darryl tapped the SEAL trident, also called a Budweiser, pinned above his left breast pocket. “All I know how to do is kill people for a living.”
“And now you’re here.”
“An illegally parked car in the cul-de-sac of life.”

“You’re suggesting I do something like being an annoying cross fit trainer or the governor of a midwestern state that people have heard about but that nobody visits. A career like that?”

“There are options. You could open one of those military contracting companies that protect over-fed State Department types.”

“And be abandoned in some hellhole like Benghazi?” Darryl sat in the chair behind the desk and gazed out the window again, almost ignoring Lieutenant (jg) Meadows. “I wonder how many other Chief Petty Officers put their shoes up on this desk while the Navy decided whether or not they were going to bilge their careers?” As Darryl spoke, Bruce (Bozo) Pierce, the paunchy Second Class Religious Programs Specialist who had come from the chaplain’s office to console the lepers, walked through the door.

Bozo pulled the tree with white and silver plastic needles on it from the box, with the words ‘Christmas decorations-Transitional Assignment Pool’ written on the side.

“Has the tree been set up here on the Island of Unwanted Toys before, Bozo?”
“Yes, Chief Slater. We do it every year.”
The tree fit into a stand that Bozo plugged into a wall socket. A grinding noise, only somewhat eclipsed by the noise from the circulating fan, resulted and alternating red, green and blue light shone up from the stand and onto the tree.
“You want to help me decorate it, sir and chief?”
“No.” Both men spoke at the same time.
“You need to put your trust in Jesus.”
Chief Special Operator Darryl Slater said, “Thanks Bozo. But the Navy doesn’t believe in Jesus, just the Uniform Code of Military Justice. And they seem to like National Public Radio a lot more than I do these days.”