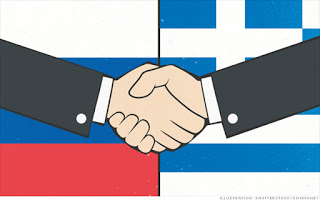 Facebook
Twitter
Pinterest
WhatsApp
There’s chatter out there about a second cold war between the US and Russia and I don’t buy the rhetoric. Some of it is being promoted by Bill Maher and the Vice News Network that he owns (in part). Naturally it’s a heavily edited “progressive” news outlet. While there is friction between the US and the Russian Federation (and I can see both sides of the argument), nobody has his finger on the trigger.

The Russians are Xenophobes, often with good historical reasons for being so. Never the less, they will remain true to their natures. Russia leads the world in chess masters and axe murders. Russians like to brood over matters. They do it endlessly and it can be said to be a cultural pastime.

Moving on to Greece and the present financial crisis:
On the night of 30 June, the Tsipras government attempted to divide the big three creditors – The European Union states, the European Central Bank and the International Monetary Fund – by asking for a bailout from the European Stability Mechanism, which would bypass the International Monetary Fund. Greece requested a loan large enough to enable it to meet all its repayment obligations for the next two years.
The last Greek request was a scam, like using a credit card to pay off the minimum payments of other credit cards.

The European Commission saw through the ruse and said it would think about Greece’s request. Meanwhile, German Chancellor Merkel said Greece would get no assistance until after its referendum on 5 July. Germany is the largest holder of Greek debt.

The Greek default was a set up. The creditors apparently decided months ago to use Greece as a lesson for other European debtors, such as Portugal and Spain, and were prepared for the ripple effects of a Greek default.
The Northern Europeans are punishing the Greeks for electing a leftist, anti-austerity government. This use of economic policy to punish a sovereign democracy is intellectually offensive, but lies well within the mainstream of the Europeanists’ ideology. Portugal, Spain and even Italy might experience similar “tough love” decisions.
Ironically, if Greece exits the European Union, Greece will re-acquire the tools that a sovereign nation needs to recover from its deep recession and to regain a measure of competitiveness outside the structured market of the European Union. Integration can frustrate innovation and creativity.
The Russian Card

Wealthy Russians seem to like Greece. There are a lot of Russians in Greece and they’ve been there in numbers since the First Cold War (Cold War I, ended by Reagan/Gorbachev). They used Greece’s status as a bridge between Asia and the West and they liked to go on vacation there because it’s warm and there are a number of nice beaches/resorts. They use it much the same way as they use the neighboring Black Sea resorts. The fact that it was outside the old Soviet Union meant that you could buy western goods that were unavailable in the Worker’s Paradise.
There are a lot of Russian businesses in Greece. Historically some were top cover for espionage, but most are entrepreneurial.
Americans, wary of resurgent Russia (despite the Hillary Clinton reset with Russia that didn’t work), are concerned that Russia sees Greece in the same way that the US saw Ukraine: a vulnerable territory that could be carved out from its traditional setting.
This is the Scenario being put forward
An economic lifeline from Russia might tempt the leftist Syriza government to orient Greece more towards Russian views, out of gratitude or ideology. For Russia, stronger ties to Greece might be appropriate retaliation for Western meddling in Ukraine. While NATO is looking to defend the Baltic members of NATO from Russian poaching, Greece might be the more attractive Russian target for weakening NATO.
Analysis 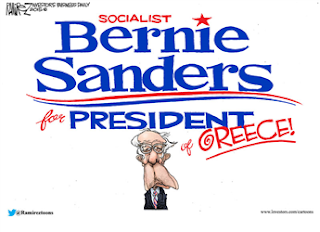 While this argument appeals to some US officials, it flies in the face of the reality that Greeks fear Turkey more than they love Russia and NATO is their buffer against Turkish ambitions. If anyone who knows me cares, I have a funny anecdote for this that I’m willing to share privately.
Greece is a black hole for funding. Once the funds go in, they vanish and Greece will again go to the well to ask for more. The process is never-ending. The Kremlin knows this, and they are dangling the possibility of closer relations with Greece as an in-your-face move to the US and NATO.