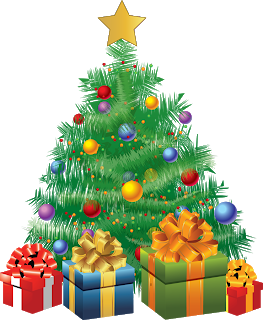 Facebook
Twitter
Pinterest
WhatsApp
It’s Christmas Eve and the wrapping, baking, tree tinkering and buying has come to an end. Now is the time to recall, why we do all of this. It’s for others, not for ourselves. Christmas is indeed a time of giving and moreover of loving. We do this in honor of Jesus Christ, whose message of love, and forgiveness and charity echoes across the ages. Peace on Earth and Good Will to All.

America has given so much to so many in need around the world without the possibility of having those gifts repaid for so many years that the world takes it for granted. The font of that generosity can be found in the same place as the Christmas Season. We still have “In God We Trust” on our currency, even though there are many who would remove it and make us a Godless nation.

I appreciate you who read this blog, who comment on my political rhetoric and sometimes on my silliness. As I’ve mentioned before here on Virtual Mirage, one reason that I blog is to make a record of the fact that not all people agreed with the disaster that the present regime brought into play. If you are reading this, you – and I – tried to warn the nation that ObamaCare was a very bad idea. We’ve felt like Cassandra, given the blessing of prophecy and the curse that we would not be believed. I never thought that I’d have gone to a demonstration waving a sign, but I did when the Tea Party spontaneously sprang into existence because I didn’t see any recourse. We had to stand up for the Constitution while any of it was left to stand up for.
As I enter 2014, I do so with hope.
We are a blessed people (still). When we turn on the tap, the water is clean. When we flip a switch, the lights come on. There is food on the shelves in the stores, and our crops still grow abundantly. All of the little things that we take for granted are not necessarily the case in many parts of the world. A great deal of blood and sacrifice was necessary to secure the blessings of freedom and liberty for us. It will be there for generations to come if we don’t allow it to be taken from us.
Thank you all and Merry Christmas!
LL