China vs US Space Force 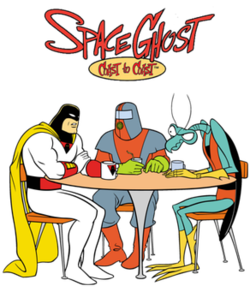 Facebook
Twitter
Pinterest
WhatsApp
One litmus test of whether or not you’re doing the right thing in America is gauging the Chinese reaction to it. They’re unhappy about a lot that President Trump has done, which means that he’s doing a lot right.
The Communist Chinese are outraged that the US created a dedicated space force. They verbally attacked its creation earlier this week by labeling it a ‘direct threat to outer space peace and security’.
Foreign ministry spokesman Geng Shuang told reporters that China is ‘deeply concerned about it and resolutely opposed to it’.

‘The relevant U.S. actions are a serious violation of the international consensus on the peaceful use of outer space, undermine global strategic balance and stability, and pose a direct threat to outer space peace and security,’ Geng said at a regular briefing.

In 2007, China conducted an unannounced missile strike against one of its own defunct satellites, creating an enormous amount of space debris. Geng dismissed such concerns, calling them ‘unfounded counter charges’ that merely provided the U.S. with a justification for its own actions. China, he said, has consistently opposed the weaponization of space and believes international treaties on arms control in outer space need to be negotiated.
Space has become increasingly important to the U.S. economy and to everyday life. The Global Positioning System, for example, provides navigation services to the military as well as civilians. Its constellation of about two dozen orbiting satellites is operated by the 50th Space Wing from an operations center at Schriever Air Force Base in Colorado.
China has established a similar, independent network, the BeiDou Navigation Satellite System, assembled from 42 separate satellite launches. The Asian superpower announced this month that the $9 billion Beidou system, which aims to rival US-developed GPS, will be complete next year.