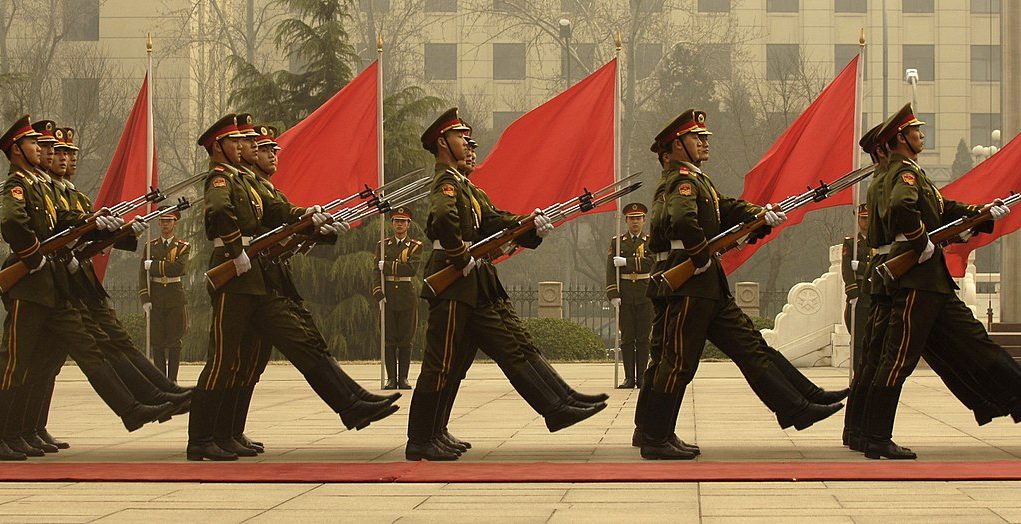 I propose US legislation for the purpose of pubic identification of products all or part of which are made in, packaged in, assembled in, or use components made in or assembled in The People’s Republic of China. The warning must be large, readily visible and in RED.

MADE  IN  COMMUNIST  CHINA

Inform the US Public and let them make up their own minds as to what they will and will not buy.

There are a lot of people who read this blog but who never comment. Some producers at Fox News lurk here. Pick up this story please and run with it. Suggest it to our elected representatives.

China will fight it. Those on the Chinese payroll in America will fight it vocally (both Republicans and Democrats). Scions of business who have holdings and huge profits in China won’t like it. But they don’t need to weep. They can still sell to the domestic market in China if their compradores still allow it… They can also sell to the US market if people are stupid enough to buy it.

I’m not saying that it must happen today, but by January 1, 2021, the law needs to be in place. No loopholes. If it’s a new car and has parts in it that are made in China all or in part, the MADE IN COMMUNIST CHINA mark needs to go on it. Call it the Mark of the Beast if you will, or just an informational item. Eventually people will get the message. So will the Chinese Communist Party.

The American people need to know where things that they consume are coming from.