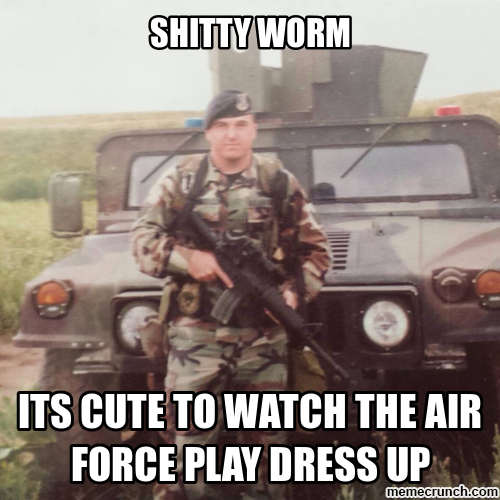 Facebook
Twitter
Pinterest
WhatsApp
The US Air Force is transitioning from manned aircraft to unmanned aircraft such that the F-22 Raptor is likely to be the last advanced fighter with a pilot sitting in a place where he/she will be shot at. However, don’t panic. There will still be squadrons of pilots, sitting in chairs – somewhere – pushing buttons.

If you examine the photo above, you have to ask yourself whether this is a real Air Force zoomie or whether it’s some sort of faked picture because the glory shot has the guy standing up. Since when did you see an airman standing up? Ok, I’ve seen them walking to the chow hall too. They do stand up to do that. 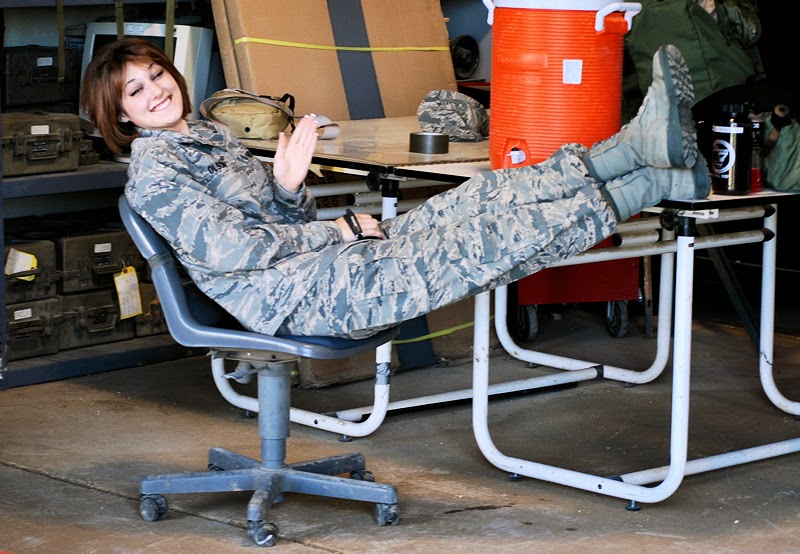 There are a lot of cruel jokes passed around about the US Air Force. Other services have taken to calling it the chair force because whether they are flying jets, piloting UAV’s or eating doughnuts, the Air Force does its work sitting down. Why you need to wear camouflage while sitting at a desk or taking a nap is beyond me. Then again, I don’t get the new blue Navy camo that makes it impossible to see a sailor that falls overboard either. 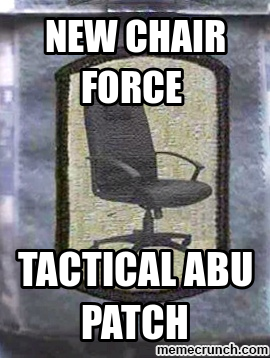 I doubt that in the entire history of the USAF, any of their service members were forced to use a privy. Usually they prefer that their restrooms are sanitized and air conditioned and that the piped in music be of a soothing variety. They won’t sit down just anywhere.
The Air Force has a lot of nap time, prompting the nasty assertion that the only jobs you can get laying on your back is ‘airman’ and ‘prostitute’. Yeah, it’s unfair. Hookers have to stand on the curb soliciting tricks — there’s a lot of standing in that job. Hookers stand out in the rain. Airmen are like the wicked witch…they melt in the rain. 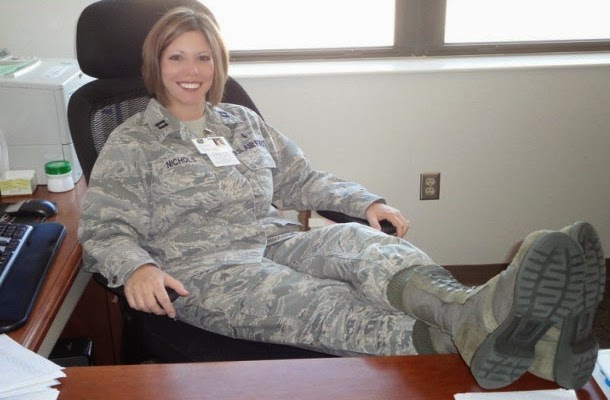 But when it comes to the NCO of the year competition, I think that all of the services can join together and give a mighty thumbs-up (or something up) to this entry from the US Air Force/Chair Force. Because the Army, Navy and Marines don’t have any who are this good. 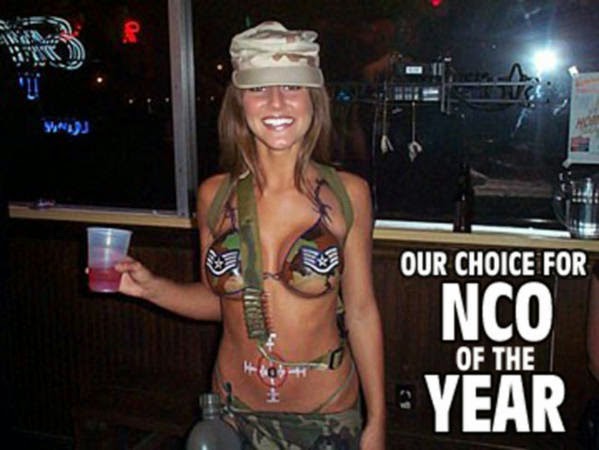 Maybe there is something to be said for fighting the war from a chair, or a couch, or a bed…with an inexhaustible supply of cold beer readily available and USO on the weekends… and NCO’s like the sergeant above to rub your shoulders when you’ve had a long day looking into that computer screen while you’re flying the drone.
Look at this!  Would the USMC offer a “singles retreat” with the NCO of the year? Don’t hold your breath.