Cause and Effect (Rhodesia) 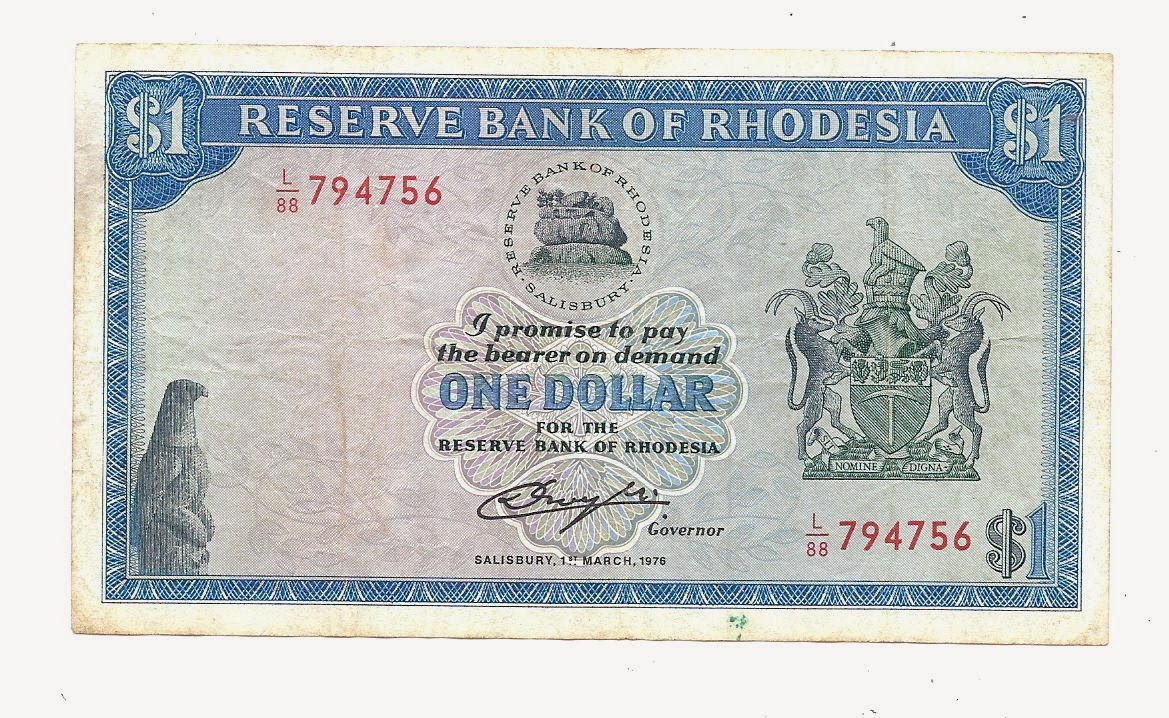 This is a copy of a genuine banknote from Zimbabwe.

When things got this bad, they simply “revalued the money” and one hundred trillion Zimbabwe dollars became one dollar. Before it was Zimbabwe, the nation was called Rhodesia, and different races of people lived there. European and American sensibilities found it somehow wrong that there was white rule in an African nation and forced the whites along with many races to leave the countries to the blacks, who took over industries and agriculture, leading to one hundred trillion  dollar Zimbabwe banknotes – which would buy a loaf of bread.
Zimbabwe’s troubles were blamed on white and Indian people who took their money and left their property behind. The leadership of Zimbabwe wanted the money, the property and the other-than-blacks dead.
There are many lessons here – about capital, about what it takes to build and maintain a nation, about irresponsible borrowing, about inflation, etc. But to discuss it brands one as a racist in all progressive circles.
Progressives break things (see Detroit, MI, USA) and then coo and shake their heads and walk away from the wasteland that they created. As with everything, they blame George W. Bush.