Because Epps was a paid informer for the FBI, he gets a pass. FBI=democrat party. I hear that Epps is residing at the Temple of the Living Elvis (Las Vegas, NV).

* Wind turbines are only lasting for half as long as previously predicted as a study demonstrates, they show signs of wearing out after just 12 years.

* Release the Kraken (h/t Claudio) …Kraken operations are kept secret because surprise is one of the essential items in the Kraken toolbox. Kraken has become a major problem for Russian forces, who tell stories (many exaggerated) of Kraken operations. The Russians have Spetsnaz units similar to Kraken and have personnel trained to find and eliminate Kraken operatives. Early in the war, Russia found that their Spetsnaz forces operating inside Ukraine were much less effective than those operating in any other area outside Russia. This partly happened because many Kraken members have been fighting Russians in Ukraine since 2014. Experience matters, and in Ukraine the Russian Spetsnaz are at a disadvantage and have taken heavy losses because of that. This has not removed Spetsnaz operations from Ukraine but has made these operations rare and conducted very carefully. The Spetsnaz are believed to be operating in Russian-occupied areas of Ukraine where there are problems with Ukrainian partisans. These partisans have grown in number as more Ukrainian territory is cleared of Russian forces. Ukrainian special operations forces are used to help support and expand partisan operations. If Kraken is involved, they keep it quiet.

* Arizona Republican Kari Lake on Friday filed a lawsuit to nullify the 2022 midterm election results for the governor’s race in the state of Arizona. Last Thursday, Attorney Christina Bobb previewed this historic filing.

The lawsuit begins, “the eyes of the Country are on Arizona. On November 3o, 2022, Rasmussen Reports published a poll of likely U.S. voters asking about the Election Day problems with vote tabulation in Maricopa County. This poll asked whether responding voters agreed or disagreed with Contestant Kari Lake’s statement calling the election ‘botched’ and stating, ‘This isn’t about Republicans or Democrats. This is about our sacred right to vote, a right that many voters were, sadly, deprived of on [Election Day], November 8th.’ The results of that poll are stunning, Severnty-two percent (72%) of Likely Voters said they agree with Lake’s statement, including 45% who Strongly Agree.”

Never in US history has there been so much evidence compiled of a fraudulent election taking place.

The Kari Lake campaign claims HUNDREDS OF THOUSANDS of illegal votes were counted in the election, 59% of Maricopa County precincts had broken tabulators or printers on election day disenfranchising voters, and tens of thousands of illegal mail-in ballots were counted that did not pass signature verification requirements.

* Last week, Nigeria’s Central Bank announced a new directive that restricts large amounts of cash from being withdrawn from automatic teller machines (ATM). According to reports, Nigeria restricted ATM cash withdrawals from $337 (150,000 naira) to $45 (20,000 naira) per day for individuals and businesses in order to encourage the use of Nigeria’s central bank digital currency (CBDC). 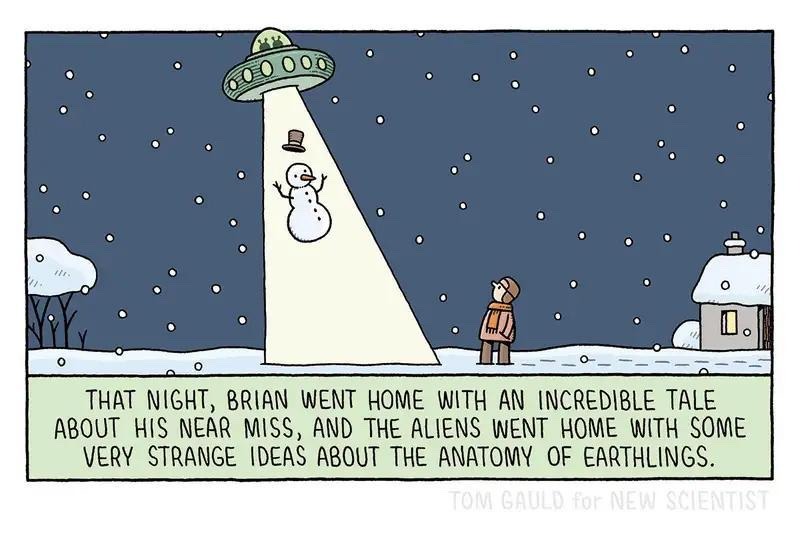 Suppose someone approached you and said, “There is a volcano close by.” And when you ask them how they know that, they show you a piece of volcanic rock. Is that evidence that a volcano is nearby? It depends.

Where was the rock found? Was it close by? Are there other volcanic rocks in the area? Or did someone bring it into the area?

This idea is easy to understand, but sometimes very hard to apply. Here I will give a few real examples of observations that when taken out of context can be considered evidence for a particular conclusion, but when put back into context do not support the conclusion.

In an article entitled Paleoindian ochre mines in the submerged caves of the Yucatán Peninsula, Quintana Roo, Mexico published in Science Advances, the authors were describing their work in a system of caves in Mexico. They found evidence of humans using the caves to mine ochre for pigment and paint. One of the things they had to determine was how long ago humans were using the caves.

As the authors noted,
“Charcoal is a difficult medium for dating in the submerged caves of Quintana Roo because it may be produced by forest fires, then deposited by wind and rain, and remobilized repeatedly by floods during major storm events or, ultimately, by rising sea level. Archaeologists have often interpreted instances where charcoal concentrates in small catchment basins and litters cave floors as prima facie evidence of human activity. However, the mere presence of charcoal concentrations is insufficient to make this inference. Before submerged-cave charcoal can be interpreted as anthropogenic, it is necessary to establish that the sample materials are artifacts, that is, that they are representative of human activity and distinct from the products of natural processes.”In other words, the presence of charcoal is not automatically evidence of human activity. The charcoal must be considered in context.

Only after all this could they use the carbon dating as evidence of when the mining took place. Before it was evidence for their conclusion they had to consider the evidence in context.

Now a second example. At a recent lunch with a friend we were discussing ways of detecting starburst-driven galactic outflows using X-ray observations of galaxies. These outflows should produce strong X-rays which are easy to detect. The problem is that the things scientists were looking for in the context of the lunch discussion are not the only things that produce X-rays in galaxies. Just detecting a strong X-ray source is not evidence of a galactic outflow.

Before they could consider it to be evidence of what they were looking for they had to look at the context and see if other things could produce the X-rays and rule those out first. Only then they could use the X-ray detections as evidence for their conclusions. Just like the archaeologists with the charcoal in the caves, they had to consider the context.

Now a final example. In a discussion I had about the age of the Earth, the person I was talking to brought up polonium halos as evidence of a young Earth.

Polonium is a radioactive element and if polonium is mixed with melted rock it will collect inside micro-zircon crystals inside the rock. As the polonium decays the released radiation will “burn” the rock around it. This leaves a “halo” of scorched rock around the zircon crystal that held the polonium. These halos are very small and can only be seen under a microscope.

Young earth creationists argue that these scorched halos around zircon crystals are evidence of the rapid formation of the rock instead of the rock slowly cooling to its present state over thousands or millions of years. Their reasoning is that polonium has a very short half-life (138 days) so the only way it can be in the zircon crystals is if the rock formed and cooled into its solid state in a matter of days. This fast formation would allow for the polonium to last long enough to freeze in the rock, and then burn the halo as it decayed.

There are a few problems with this, and all involve the context of these halos. First, assuming the source of these scorched halos is polonium, that would only show that the rock formed quickly, but it would not tell you how old the rock was. In order for the halos to be used as evidence of a young Earth they have to show that the rocks are young, not just that they formed quickly.

Second, while polonium is highly radioactive, it isn’t the only radioactive element. There are other elements with much longer half-lives that can still do just as much damage to the surrounding rock. Most notably, uranium. Uranium is also found in zircon crystals. There is no proof that the scorched halos around zircon crystals were caused exclusively by polonium.

Third, even if the halos were caused exclusively by polonium there is more than one way to get polonium in the crystals without rapid formation. It turns out that polonium is a daughter product of uranium. In fact, the only source of naturally occurring polonium is in rocks and ores with uranium content. So if the damage was done by polonium it could still have been done over millions and billions of years as uranium slowly decayed into polonium, and polonium quickly decayed into lead.

Young Earth creationists argue that these halos around zircon crystals are evidence of a young Earth. But when considered in context they cannot be used as evidence of rapid formation or especially young rock ages. In this, it fails to be evidence for a young Earth.

In these three real examples, before something can be considered evidence for a certain conclusion, it must be considered in context and scientists must ask the questions,

How did it get here? Is there another possible source for it? Does its presence make sense in its environment? Does it actually support my conclusion?

If we do not ask these basic questions then we cannot claim that something is evidence for our conclusions.

Land Reclamation has nothing to do with Global Warming or Cooling 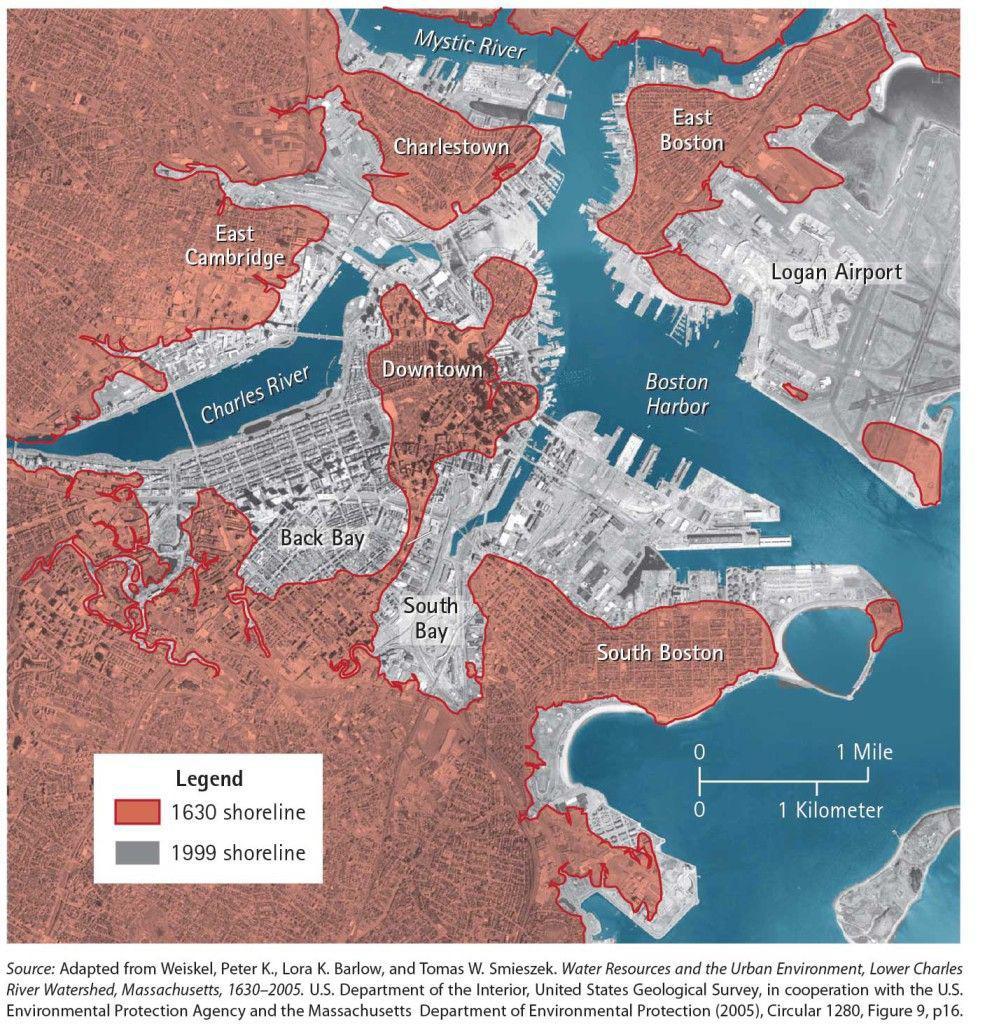 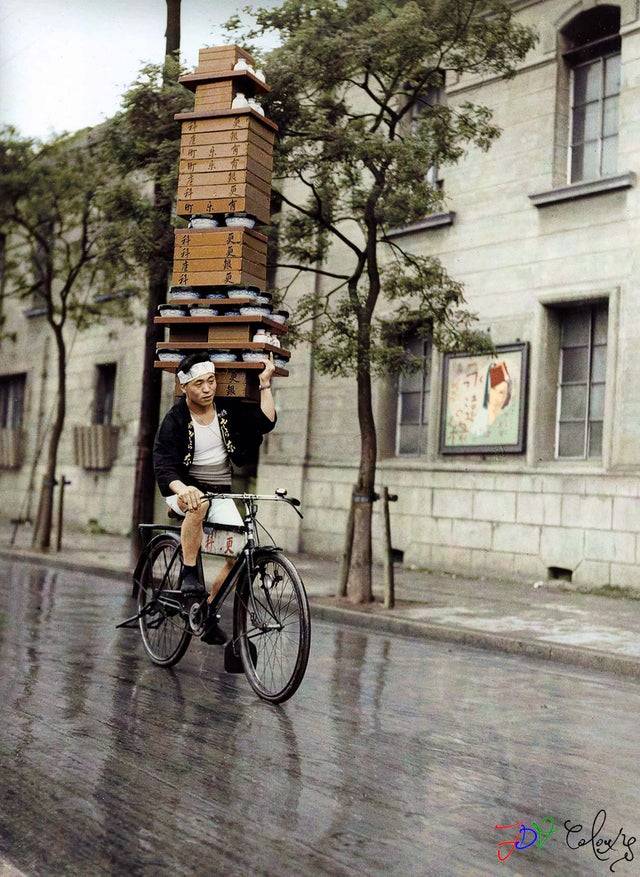 A Japanese man rides his bike carrying Soba noodles on his shoulder in Tokyo.