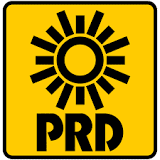 Facebook
Twitter
Pinterest
WhatsApp
Provisional plans for President Donald Trump to host his Mexican counterpart in Washington have been put on hold. Truth be told, President Trump is not popular in Mexico. The postponement of plans to meet this month or in March followed a testy telephone call between the two leaders last week, the Washington Post reported, citing information from U.S. and Mexican officials.
It’s a simple thing to have Mexico pay for the WALL. Mexicans sent home $26.1 billion from January to November 2017, according to figures released last year by the central bank of Mexico. That’s the most ever recorded and better than the $24.1 billion sent in 2016 over the same period. President Trump has been holding off on tinkering with that – for reasons that I agree with.

1. Stopping or heavily taxing remittances would cause millions of agricultural workers in the US to self-deport. Before you cheer that on, it would cause an interruption in our capacity to bring those agricultural products to market in the short term. In a nutshell, it would hurt us too.

2. Establishing a guest worker program is important to continuity but Congress is unable to agree on or to do anything. Guest workers could be exempt from a remittance tax.

Back to the issue of taxing or stopping – Levying a tax on those remittances would be a simple thing for the US to do if it decided to move on it. Or absent that, it would be just as easy to stop them all together, which would mean canceling the issuance of postal money orders/refusing to accept negotiated orders in Mexico.

Those measures may be undertaken anyway because the narco kingpins (who call the shots in Mexico) are heavily backing Cuauhtémoc Cárdenas Solórzano, a communist from the communist Partido de la Revolución Democrática (PDR Party).  Candidate Cárdenas has promised to stop extraditions of important narcos to the USA for narcotics violations and to oppose all US interests in Mexico. It’s not a declaration of war, but it plays well in the Mexican political spotlight. Cárdenas’ policy is essentially to make Mexico into Venezuela. While I don’t think that it will go that far, it will sink the peso even deeper as foreign investment is gobbled up by state annexation of certain private businesses (orgastic fervor for communists).

A more lawless and more violent Mexico under communist rule may help move at least a few Democrats to want a WALL if for nothing but their own self-interest. (note: Mexico has far more strict firearms laws than the US – how’s it working for them?)

Cartel Jalisco Nueva Generación – CJNG, Mexico’s most powerful drug cartel, has been bringing sufficient firearms and ammunition into the country to cause severe civil discord during the election cycle if it appears that the currently ruling PRI is going to win the election, scheduled for July 1, 2018.

NAFTA is on the ropes and it’s essentially gone. Mexico will have the fallout from that to deal with as well. It was a cash cow for them while it lasted.