Facebook
Twitter
Pinterest
WhatsApp
If Oprah (paunchy, haughty, rich, has-been talk show host) can have her favorite things, so can I. And it’s Black Friday.
Therefore, I thought that I’d blog about my favorite BLACK submachine guns/machine pistols to shoot. They are not in any particular order. I love shooting them all for different reasons. When I was in the military and in my subsequent civilian government work, we qualified on “third world weapons” semi-annually, which meant those weapons we would likely find on the bodies of people we killed – and may need to take up and use if we ran out of ammo ourselves. Yes, I like the H&K MP-5SD2, MPK and the G-36 Commando, but I carried those as duty weapons at different times and became over-used on them so that they weren’t as fun to shoot as the more “exotic” SMG’s, below. The exception to that is the MP7A1 and A2.
I start with the SMG’s and gravitate downward to the Machine Pistols, which are a subset of SMG’s.
M-1928A1 (Navy) Thompson Submachine gun USA

I love the Thompson gun. It’s low cyclic rate lets your fire full auto and walk the rounds to the target as the heavy .45 ACP rounds thud out of the barrel. The weapon is rugged and was built to last. Using .45 ACP tracer ammunition is a real kick because the glow like “pumpkin balls” as they drift out to the target. It’s at the top of the list because it’s one of my very favorites.
M-45 Carl Gustav  SWEDEN

No, it’s not a “Tommy Gun”, but the Swedish K is a very reliable, functional, easily repairable, submachine gun. They are still found around the world in the hands of militaries, spooks and mercenaries. For a very long time it was the favored submachine gun of US clandestine operators. It’s light to carry and as with its brethren, it bridges the gap between a handgun and a carbine/rifle.
MP7A1 (H&K) GERMANY

Heckler and Koch threw a 4.6×30 mm lightweight cartridge into a submachine gun/machinepistol hybrid and came out a winner. This weapon is currently carried by US forces, so I’m fudging by adding it here. I have no choice, I love this little weapon. There couldn’t be more difference than shooting an M1 Thompson, but that’s why more than one firearm is made. It’s the size of a pistol with a big SMG punch in a small cartridge.
Skorpion V-61 CZECHOSLOVAKIA 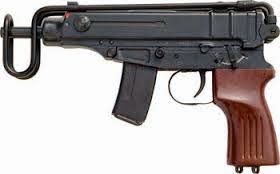 There are different cartridge options with the Skorpion. I favor the .380 (9 mm kurtz), but there are a lot of people who differ with me and prefer the .32 ACP (above) variant. They are small, have a high cyclic rate and are a true ‘machine pistol’. The new CZ805 BREN is also called a Skorpion, but they are two different weapons entirely. 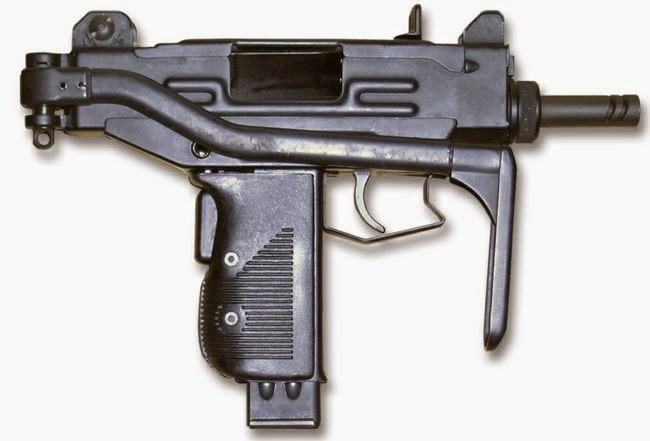 My Israeli friends would be unhappy if I snubbed them. The “Micro” Uzi is a reliable, effective machine pistol. I haven’t fired them as frequently as I fired their larger brethren, but you’ll note the effective use of the stock as a fore-grip as well as as the economical manufacturing process. They’re a in the same class as the Skorpion in that their high cyclic rate makes them a favorite with assassins. 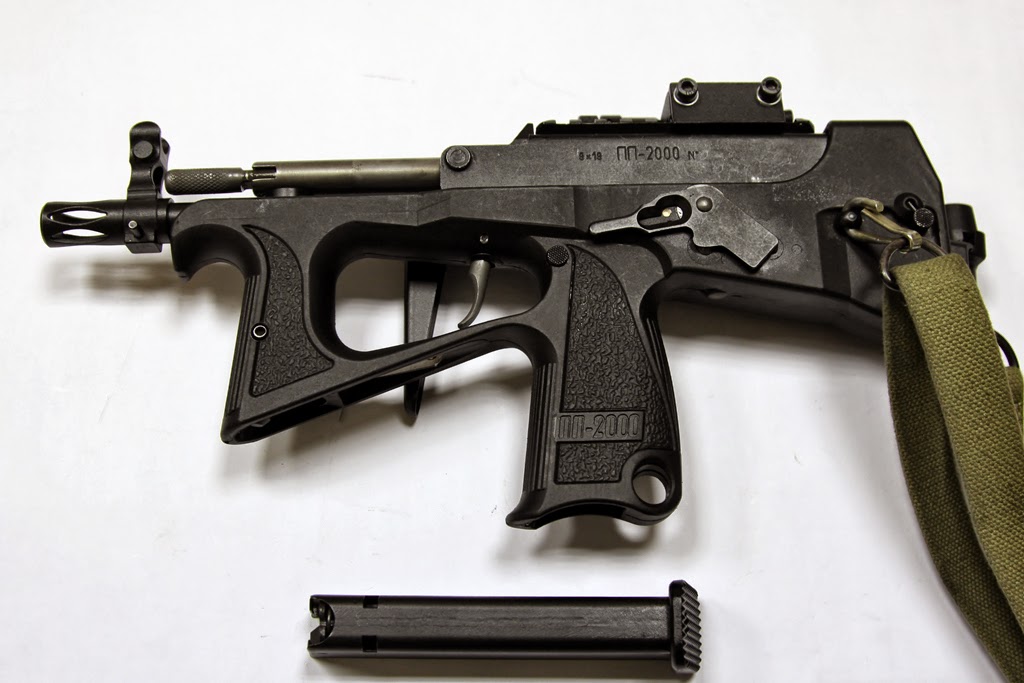 The Russians, interested in retaining bragging rights for a machine pistol, came out with the PP — in 2000. It has some interesting features and MUST be fired with two hands, despite what Spetznaz operators claim. This comes from a design and balance issue. However, when fired as designed, it’s a buzz saw.
The venerable WW2 era PPSh came in honorable mention. No, it’s not something that I’d want to carry into battle because you have no idea where the rounds are going, but it’s a hoot to fire.
Feel free to post your favorites and dispute my choices.