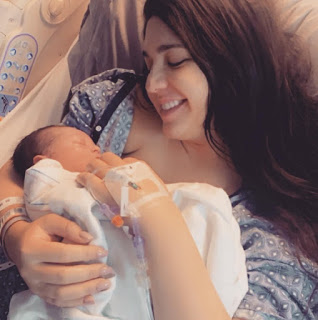 Facebook
Twitter
Pinterest
WhatsApp
The Situation
A driver was stuck in a traffic jam on the beltway outside of Washington DC.
Nothing moved.
Suddenly, a man knocked on the car window.
When the driver rolled down the window, he asked, “What’s going on?”
“Terrorists have kidnapped the entire US Congress, and they’re asking for a $100 million dollar ransom. If they don’t get it, they’re going to douse them all in gasoline and set them on fire. We’re going from car to car, asking for donations.”
“How much is everyone giving, on average,” the driver asks?
The man replied, “Roughly a gallon.”

Ok, he’s my grandson, but he’s cute. My daughter ended up spending six days in the hospital because of some health concerns, but everyone is home, and life is cycling back to normal.
During the time that I was out of action with grandson and daughter issues, a friend was killed in a head-on collision, and I heard of an acquaintance who died of a heart attack. Sic Transit Glori Mundi. Life begins and life ends, and on day the time will run out for all of us. I have funerals to attend at the end of the week.
People seem amazed that I left ‘civilization’ to move up to the White Wolf Mine. But let me assure you now that I’m home again, that civilization as presently constituted, is highly over rated.
China
The situation in Hong Kong and the trade war is a daily conversation among people on the mainland. The communists can’t take the hit for bad decisions that led to an insurrection in Hong Kong and a declining economy, so the USA is blamed. However, Chinese investment in manufacturing plants in the US and Mexico continues as they react to a changing landscape on the Mainland. For those pundits who claim that there is an imminent kinetic war between the US and China, I suggest that they take a step back. 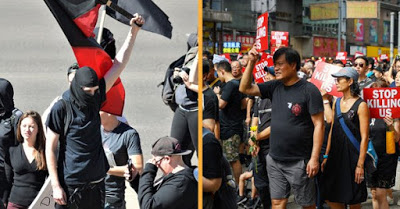 If/when the People’s Republic of China marches the People’s Liberation Army into Hong Kong, the international reaction is likely to make their economic situation worse. China is able to endure severe hardship. We’ve all seen that. But that was old China…and the expectations of people living in New China (Modern China) are quite different. The weapons that they will face from the World is simply a place that won’t buy their wares. Embargo and quarantine are often a more effective weapon than armies and navies.
This past weekend, 1.7 million people in Hong Kong marched peacefully (about 20% of the residents). That sort of people power is simply difficult to ignore. Is the cause and effect limited to that particular movement? No.
Many Chinese companies are reacting by expanding into Mexico and to a lesser extent, the US, to avoid the coming crisis’ impact on them. My company has been asked to assist Chinese companies wishing to do this with risk assessment and other services. We’ve done it in the past but the present scope is much larger.
And what does the man on the street in Shanghai think? To some extent, they swallow the propaganda. To some extent they think that removing the yoke of the Central Government  in Beijing makes sense. And those are dangerous thoughts.