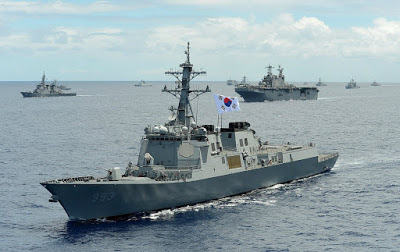 Facebook
Twitter
Pinterest
WhatsApp
I wish you all a Happy 2018 – which will be Year of the Dog on February 16th. It’s an auspicious day because there are no dogs in North Korea. It’s the only country with no dogs. They were eaten by the Norks long ago.

The AIDS Advisory Council – was disbanded on December 31, 2017. It was one of MANY generally useless commissions and councils that abound in Washington DC and are largely used by members to puff their CV’s. The gender confused are howling that President Trump is a monster, but the commission was just another paper tiger that needed to go into the shredder. Let the advisors on AIDS and other health issues report to the Secretary of Health and Human services. The Secretary can report to the president if matters rise to that level. Reducing the size of government and eliminating unnecessary councils, fraud, waste and abuse are just one part of draining the swamp. Thank you President Trump, we’re not tired of winning.

Ship to Ship Transfers – of oil bound for North Korea was prohibited under the set of UN sanctions adopted on Sept 11, 2017. North Korea has been violating these sanctions (too) and on Nov. 24, the ROK navy seized a second ship, the 5,100 to Koti. Koti, a Panamanian flagged vessel crewed primarily by Chinese nationals, was sailed to Pyeongtaek-Dangjin.
This incident came a couple of months after a similar seizure of the Lighthouse Whitmore.
We have an armistice with the Norks, not a peace treaty. My personal sense is that the Republic of Korea (South Korea) should take both ships as prizes, sell them at auction and split the take among the ROK Navy’s crew.  Maybe the Republic of Korea could issue letters of marque to non ROK ships?
You don’t need a naval blockade and you don’t have to sew the sea with captor mines if the South Koreans (and their friends) are seizing even some illegal shipping bound for a North Korean port. Economics and insurance rates will deal with that.
Precedent, you ask? Remember the Pueblo! 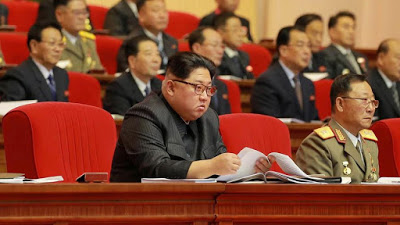 Did US surveillance help the South Koreans with photographic proof of transfer. Nobody commented on that. However there needs to be more tightening of the noose around the neck of the Hermit Kingdom.
The only fat man in North Korea (right), him with the bad haircut, will be melted and he will be the last of the Kim Dynasty to rule over the Hermit Kingdom.