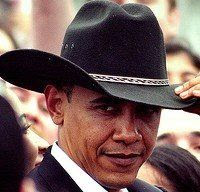 Facebook
Twitter
Pinterest
WhatsApp
2017 is running out and you can beat a lot of things but you can’t beat the clock. Father Time is master of us all. Let’s turn the clock back two years and see what the anti-Trump Republicans and their colleagues in the Democrat Party have claimed – often by using mouthpieces at MSNBC and CNN (among others in the corrupt, sly, lying, elite media).

I apologize in advance for using terms common to toxic masculinity and cisgenderism.

Trump will never win the GOP nomination.
Trump will never win the presidency.
Stocks will drop if Trump is elected.
President Trump will deport ten million illegal immigrants.
Trump will be gone (impeached, jailed, or quit) by end of 2017.
Trump’s immigration ban on several Muslim countries will be found unconstitutional.
Trump colluded with Russia, and that’s a crime.
Trump obstructed justice (a crime) by firing Comey.
Trump’s skills as a “con man” might get him elected but it won’t transfer into doing the job of president.
Trump’s decision to recognize Jerusalem as the capital of Israel will cause huge problems.
Trump’s tweeting will cause huge problems.
GOP will never embrace Trump.
Trump will get nothing important done.
Trump will not work effectively with leaders of other countries.
GOP senators will vote against GOP priorities because of President Trump’s mean tweets.
Trump will not nominate qualified judges to the Supreme Court.
Trump is incompetent.
Presidential approval polls are a good predictor of how a president will perform.
The military won’t follow Trump’s orders.

GDP will never stay above 3%.
The Trump Presidency will never reform the tax code and give tax breaks to the Middle Class.
Global Warming is ‘settled science’ and it’s the priority of the US military and intelligence agencies. Even President Trump can’t change the facts…
A stopped clock is right twice a day, but the pundits and talking heads aren’t even close. Barack himself said that if people voted for President Trump that it would erase his legacy. It’s the one thing that I can recall that he got right. One thing in eight years isn’t what one would expect, but it’s something to hang his cowboy hat on.

President Trump brings ratings to the corrupt, elite, smug, filthy, lying mainstream media in much the same way as Barack sold firearms and ammunition. They should love him. Or maybe they just love to hate him. After all, he’s a white, heterosexual male, what’s not to hate?