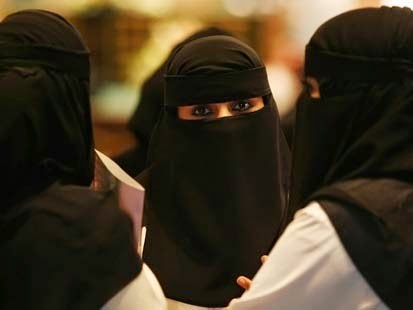 Facebook
Twitter
Pinterest
WhatsApp
In Asia, almost all marriages are arranged marriages. I can’t speak to every country in Asia but it clearly applies to modern China and Viet Nam.  It carries over into the US as well. I supervised a lot of Asian men in the US and literally 100% had arranged marriages.
But does it always work?

(Daily Mail) A Saudi groom has divorced his bride on their wedding night after seeing her face for the first time when the photographer asked them to pose for pictures.

The couple, from the Western Saudi town of Medinah, had agreed to marry each other despite having not met face to face – a popular custom in certain Middle Eastern countries.

But when the bride removed her veil and smiled for the camera, her new husband leapt to his feet in disgust.

I feel his pain.

According to local daily Okaz, the bride immediately collapsed in a fit of tears as panicked wedding guests stepped in to try to resolve the dispute.

‘The groom said he had not been able to see his bride’s face before marriage,’ Okaz reported. ‘When he divorced her, the bride collapsed and the wedding turned into a night of tears.’

A divorce in the Magic Kingdom takes just a bit less time than a marriage does, which doesn’t play in the West.

In India marriages are arranged by family members looking for a mate for their children within the same caste.

In rural and tribal parts of Pakistan and Afghanistan, disputes, unpaid debts in default and crimes such as murder are settled by a council of village elders, called jirga. A typical punishment for a crime committed by males involves requiring the guilty family to marry their virgin girl between 5 to 12 year old to the other family. This custom requires no consent from the girl, or even her parents.

British men are finding an alternative to an arranged marriage – that is still “arranged” in that the bride is purchased. Read more here (Daily Mail). Based on the article, there is no social stigma to this particular arrangement. I find that nearly impossible to fathom, but the British are known for eccentric behavior.

Nobody knows what the divorce rate is because men can dispose of their wives rather easily in Great Britain based on the article in the Daily Mail.