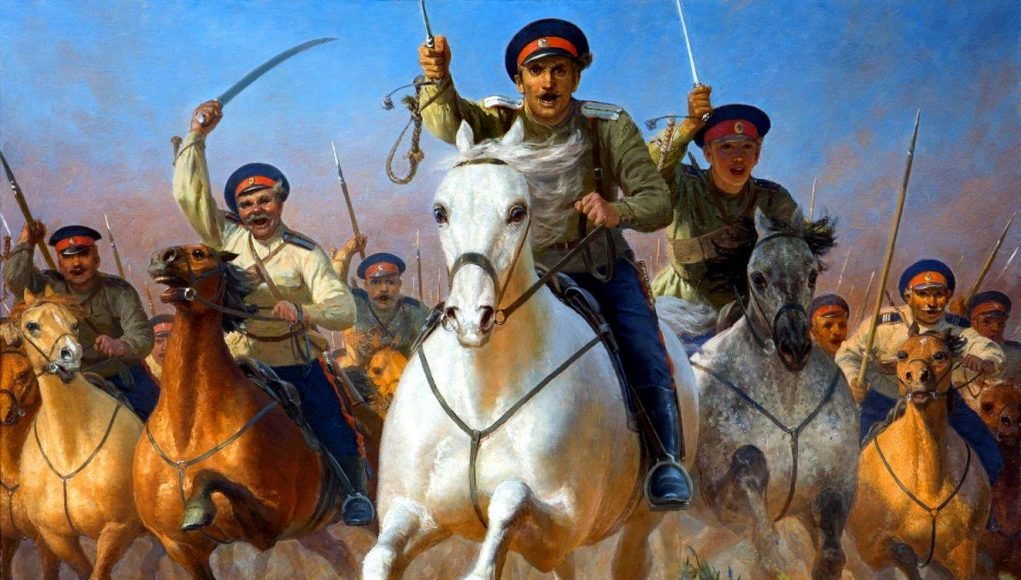 After the Snow Storm in Arizona 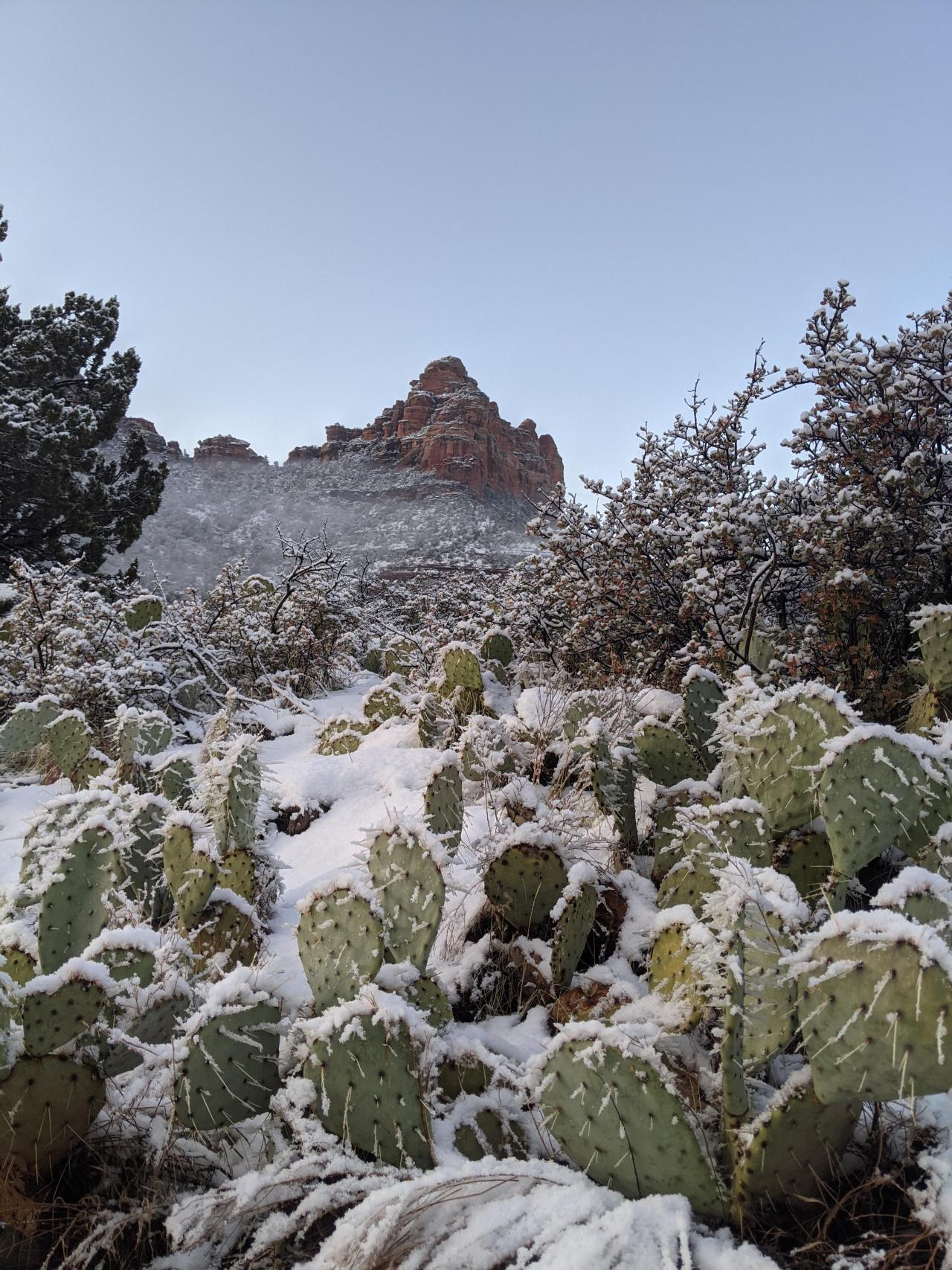 The Progressive Agenda is Expensive

Gasoline prices topped $3 a gallon last Sunday in nine states and the District of Columbia, part of a steady national rise since November that some analysts expect to hit the $4 mark soon. I see it heading to over $5, which will lead to spiraling inflation and much higher interest rates, which will slow the economy, emerging from the plague year. The poor are always damaged the worst by these “social welfare initiatives.”

Politics in Washington and around the globe can move gas and oil prices, but energy analysts say that’s not what is happening. They also warn that President Biden’s climate agenda likely will exacerbate the rise in fuel costs. Biden has signaled a massive tax increase to launch the Green New Deal. Congress is inclined to rubber-stamp anything.

Retail prices for gasoline and diesel have jumped nearly 30% since November, when the average was $2.20 a gallon. It’s the sharpest increase since the late 2000s, when motorists had to pay $4 per gallon on average to fill their tanks. 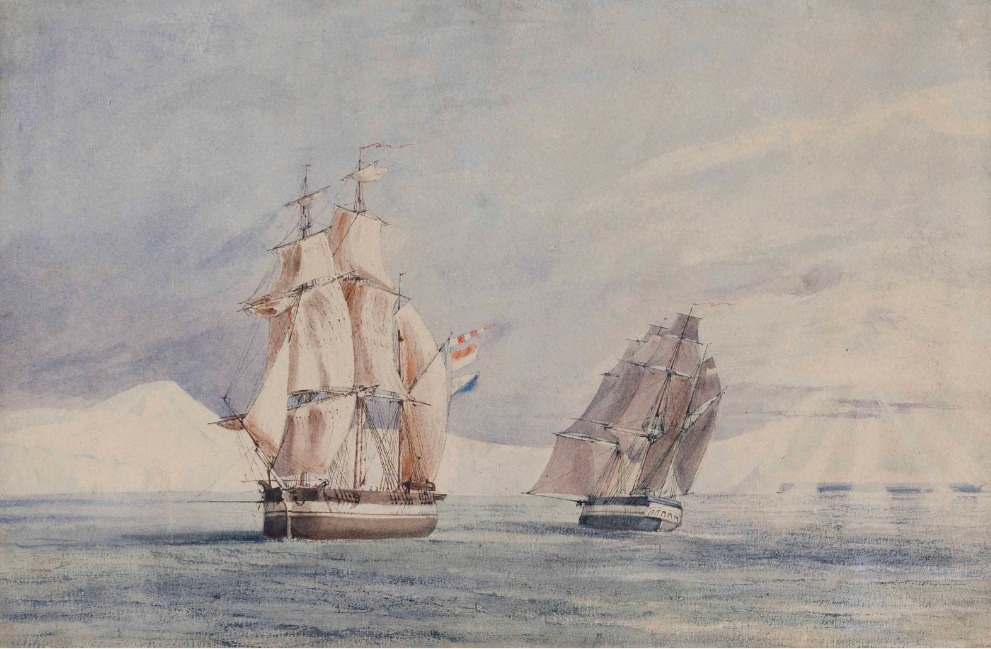 Davis was Second Master and Commander of Crozier’s Terror and a number of his drawings (the first ever of the Antarctic continent) were used by Ross to illustrate his A Voyage of Discovery and Research in the Southern and Antarctic Regions during the years 1839-43 published in two volumes in London in 1847.

James Clark Ross penetrated the pack-ice in January 1841 sailing into the clear water of the unknown Ross Sea and sighting snow-covered land on 11 January, thereby becoming the first to discover a sea route to the continent. McCormick on the Erebus saw and named an active volcano (Mt Erebus) and Ross was the first to see and chart the South Polar Barrier which he named Victoria Barrier and which was later named the Ross Ice Barrier. He made two further navigations of the Ross Sea and Weddell Sea before returning to England in 1843.

Wisconsin (from the e-mail box)

A blog reader e-mailed me and asked me why I didn’t post anything about Wisconsin. Here you go, mischief managed.

Ah, Back to Normal

In about six weeks, the US is getting back to normal. The price of gasoline is up $1.00, we’re bombing the Middle East, thousands have lost their jobs, borders are open, toy potatoes are offensive, Coca-Cola needs employees to be less white, tax payers are funding foreign abortions and donkeys are working hard to “legally” destroy the Bill of Rights. On the bright side, we have inherited a multi millionaire Prince and Princess who have had a rough time. They have been victimized everywhere they’ve gone. 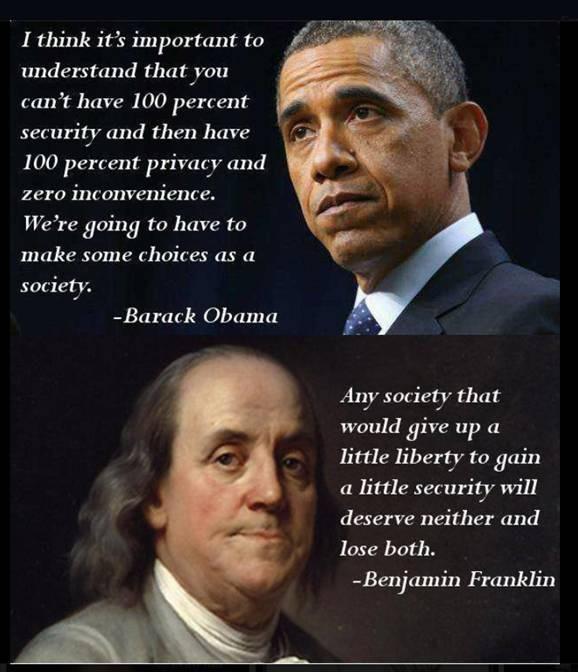 “Bone” is a character that Senator Cory Booker (D-N.J.) conjured  up as his fake pal from the ’hood. The “Bone” would now and then materialize to prep the yuppie Booker on his street cred. He talked about Bone when he spoke to the inner city. Bone was the umbilical cord of authenticity with the underprivileged black community for Booker—the vegetarian, Rhodes scholar, Stanford- and Yale-educated, privileged child of two IBM executives. Having a fake friend, who you can quote, is very progressive.

Bone is a lot like Jussie (Juicy) Smollett’s alt-white bullies. They were hunting for nonwhite prey with bleach and a noose. Unfortunately, they picked on the wrong guy and met their match in the wee hours of the morning in Chicago’s subzero temperatures.  The diminutive Smollett fought them both off—while still holding his sandwich and using his cell phone.  Yeah, Juicy is that good. He has some moves on him. 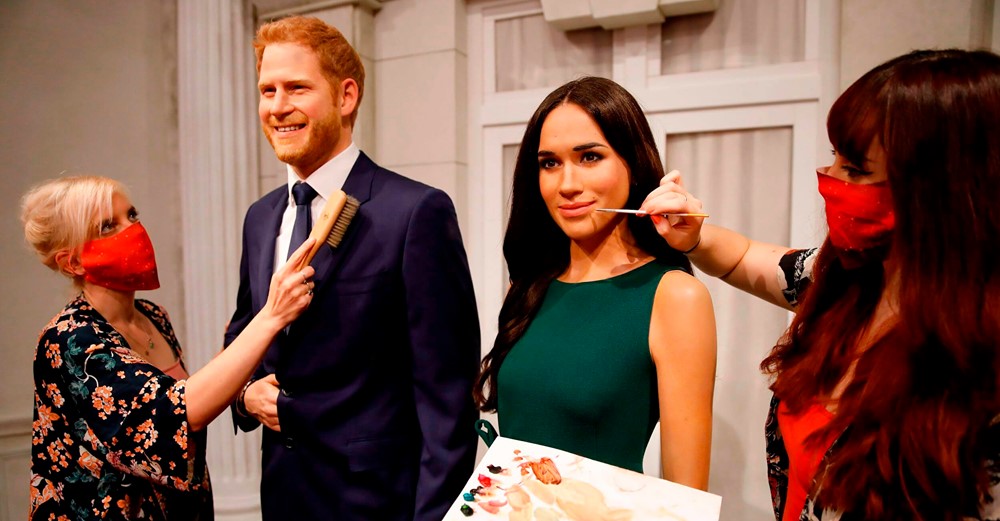 Prince Harry and his wife Meghan Markle, Duchess of Sussex, are victims too.  The royal couple’s new $15 million home is not far from Oprah’s $90 million estate. Recently in an interview, the two detailed all the racial slights they suffered from the apparently inveterate racist British royal family.

One royal supposedly even inquired about the possible skin tones of their soon-to-be-born, young son Archie. Such were the Torquemada inflicted pains that the hip young royals had to suffer from these Heart of Darkness imperial leftovers!

Oprah sympathized. She, too, had been a victim of systemic racism when a clueless Swiss clerk once declined to show the world’s most famous celebrity a locked away $38,000 crocodile purse. There may have been a concern that Oprah would steal it.

It was difficult to determine whether Oprah’s gripe hinged on the alleged race-based arrogance of the minimum wage clerk. Or, as Oprah put it, “Obviously ‘The Oprah Winfrey Show’ is not shown in Zurich.” 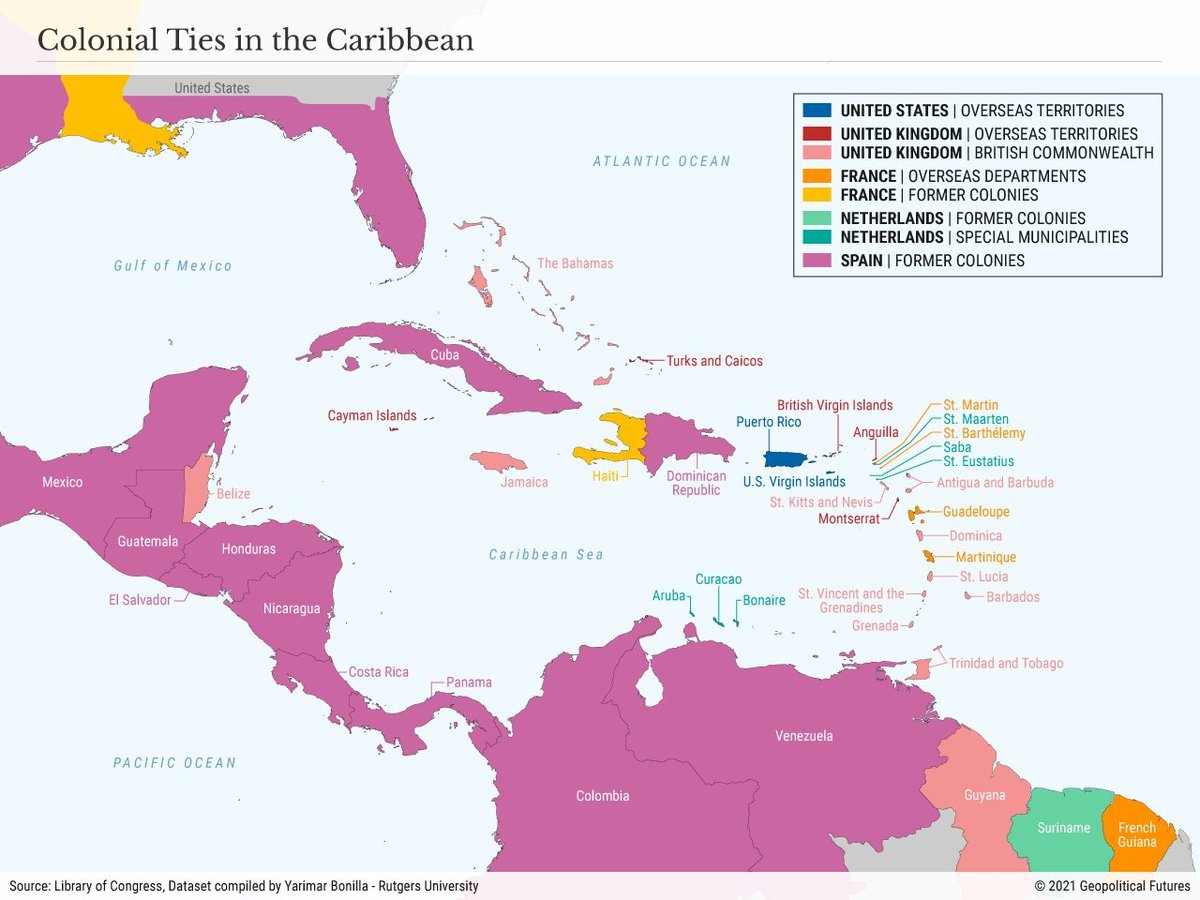 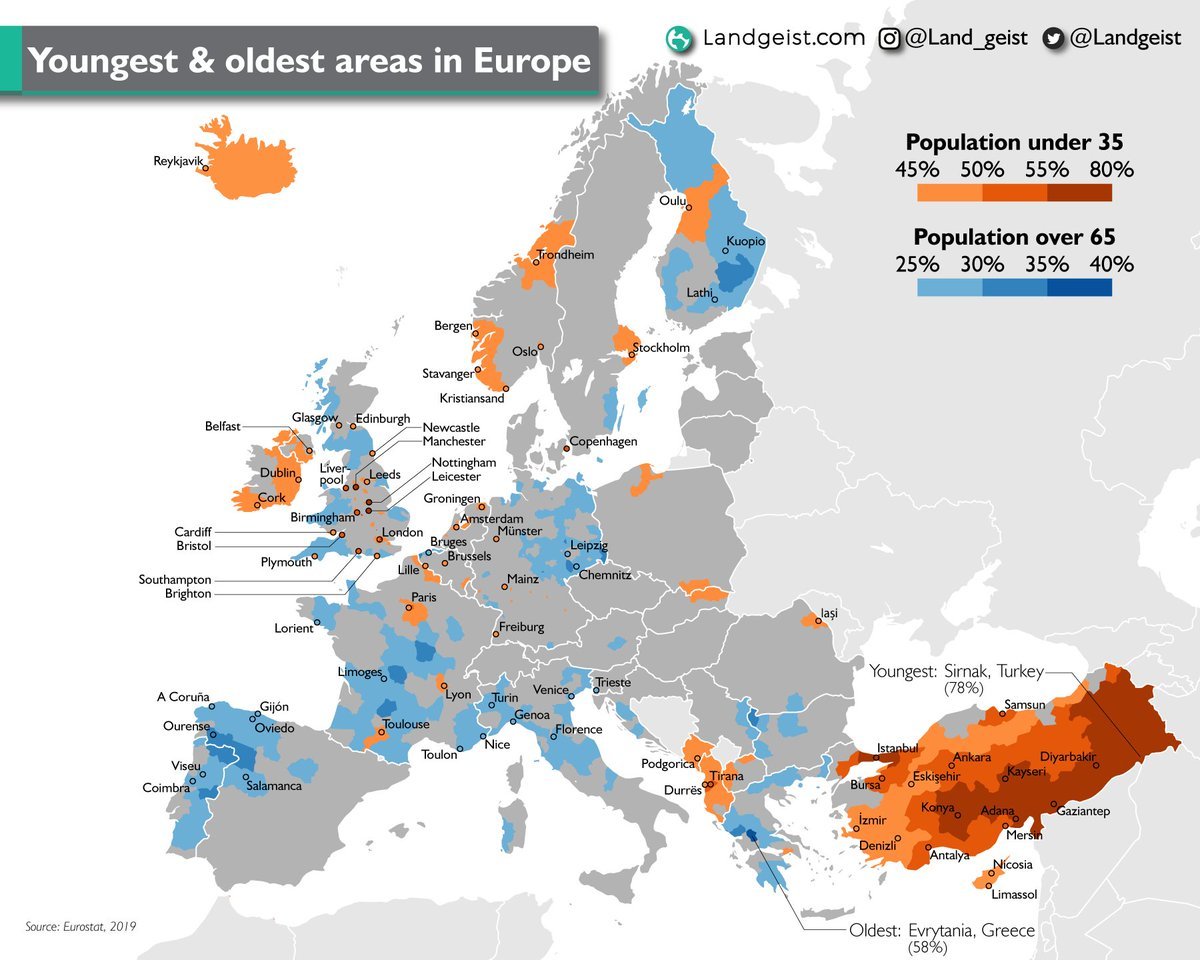 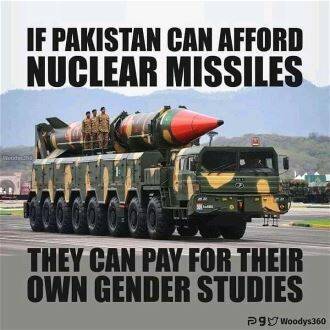 …If you think they’re using that money all of that money from the US for gender studies (after the kickbacks to US politicians), you are part of the problem.

100 years ago, amidst a world of fire, blood, and slaughter, the Cossacks of the Don under the leadership of Pavel Kudinov rose up in rebellion against the Bolshevik regime in what is known as the Vyoshenskaya Uprising (charge of the Don Cossacks pictured below). The rebellion was to stand as testimony to how the Red Terror of the Bolsheviks could turn the populace against them. 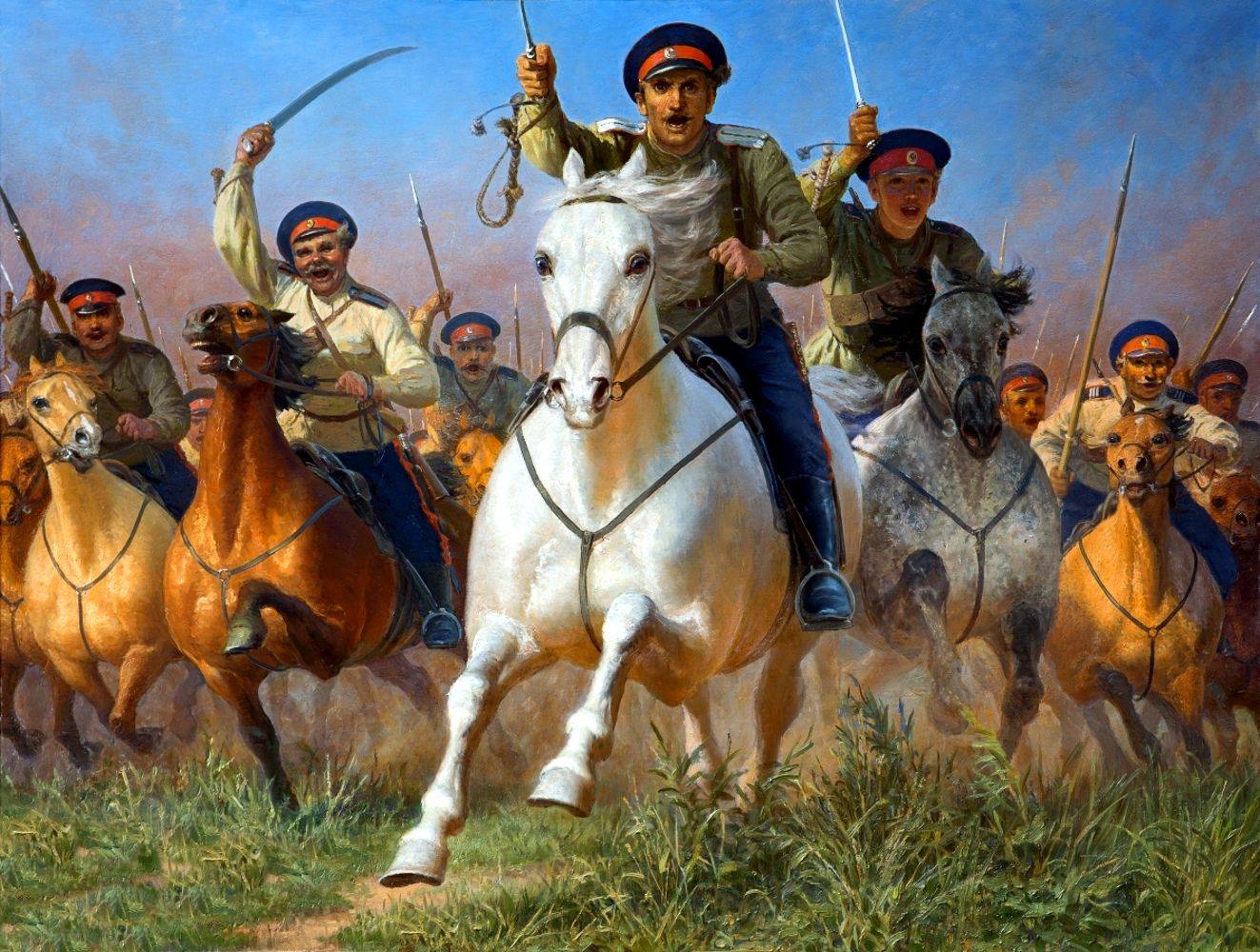 For centuries the Cossacks had loyally lived under Russian rule. In spite of their near savage or barbarian status the Tsars had kept them loyal by allowing them to keep their own leaders, their own traditions, customs, music, language, and for some time even their own uniforms. Over the years they had built up their reputation as the hounds of the Russian Tsars with stories of their brutality and savagery striking fear in the hearts of their enemies long before ever meeting them on the field of battle. When all others had faltered the Tsars had always been able to count on the Cossacks to hold their ground and unleash their wrath upon any rebels or dissenters as they had in 1905. When Tsar Nicholas II had made the call to arms in 1914, the Cossacks had eagerly answered with alacrity, galloping to the front with a zeal for plunder in their hearts. The value placed upon the Cossacks was seen in 1916 when the Russian military was undergoing a mechanization wherein they had many cavalry units dismounted but chose to let the Cossacks keep their horses.

A contract of respect, privilege, and tradition had thus long existed between the Cossacks and their Tsarist masters. This was all thrown into the air with the Revolution of 1917. The newly empowered Bolsheviks had no intention of retaining the privileges of any social group. Their egalitarian agenda called for all subjects to get in line as ‘good Russian sheep’ and in 1918 the Bolsheviks had disbanded the Don Cossack Host on Russian soil. Rather unsurprisingly, the Cossacks did not respond well to this and, with a few exceptions, turned to the Whites.

By early 1919 the Russian Civil War was in full flow and in the south the Whites of the Don Army had suffered a serious setback on the Tsaritsyn Front as many of the people there had defected to the Reds, having grown tired no doubt of the ineptitude and indecisiveness of the Whites. As the Don Army of Ataman Pyotr Krasnov retreated south in defeat many of the Cossacks of the Upper Don simply went home in the hope of coming to a reasonable peace settlement with the Reds. The Bolsheviks however had no respect for the Cossacks and ordered not only that they hand up all their weapons under threat of immediate execution by the Commisars but that all their property be confiscated and any money which was not of the new Soviet currency be banned. As the Red Army marched south through the Cossack villages they looted and robbed as they pleased, stealing bread and horses at will. 300 Cossacks were shot by the Reds, adding fuel to spreading rumors of execution lists being distributed among the Chekists that had earmarked hundreds of Cossacks from almost every village for death.

Unwilling to tolerate such disrespect and humiliation, the entire district almost spontaneously erupted into open rebellion against the Bolsheviks with the Cossacks rallying around Pavel Nazarovich Kudinov and Kharlampii Yermakov – both of whom were to make appearances in Mikhail Sholokov’s civil war epic entitled “And Quiet Flows the Don.” The Reds were caught completely off guard by this. At a time when Kolchak’s armies were pressing them from the East, the Allies were attacking from the north and south, and the renegade German units and national independence movements were thwarting them in the West, it seemed as though they had pushed things too far and that they might actually lose the war. Fearing that a precedent might be set for other portions of the Russian people to rise up against them, they diverted 14,000 soldiers from the front to try and repress the Cossacks. Their efforts however could not extinguish the fury of the Cossacks and before long the Don Army, now regrouped under the command of Ataman Afrikan Petrovich Bogaewsky, took advantage of the situation and rode to the aid of their Cossack brethren. Within a couple of months the Cossack insurrectionists fighting side by side with the Don Army had pushed the Reds out and had regained control of Millerovo and Lugansk.

Though the rebellion was in this sense a success it was not enough to turn the tide of the war. The Whites were to remain as indecisive and uncoordinated as ever and within a few years the same Cossacks would be forced either to emigrate with the rest of the Whites and live in exile patiently hoping to some day return, or grimmer still, stay in the new Soviet Russia where they were subjected to decossackization (Raskazachivaniye) and to collectivization. More than half of all Cossacks were either killed or deported between 1917 and 1941, though they enjoyed a brief restoration of their glory days with the ban on their service in the army being lifted so that their fury could be unleashed upon the Wehrmacht. The Don Cossack Host was resurrected in the early years of the Russian Federation.