Another View of Events 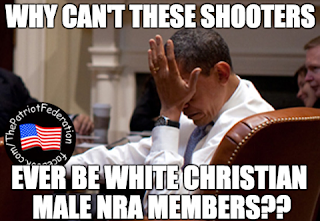 You can’t always get what you want

Progs and those with round the clock armed protection – like Barack and the Clintons – would prefer that the “basked of deplorables” be disarmed once and for all.
The Constitution and the Second Amendment has been an annoying hindrance to the progressive movement and all of those nasty people in fly-over country, clinging to God and guns is compounded when they vote. 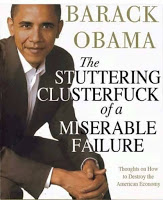 Clearly, anyone who didn’t vote for Hillary (anointed by the progs and confirmed by the media) hates women in much the same way that anyone who didn’t vote for Barack is a racist. That’s a given. Many of those misogamists and racists own firearms and belong to the NRA. They are annoyingly law abiding, most are hard working, they have families and are not part of a pressure group that is populated by freaks and misfits.
Now that President Trump has been elected, the prog nightmare has been given a face and that very president wants to get out of the business of gun control, restore the military, build critical infrastructure, shrink the size and scope of the federal government and undo all that Barack did over eight years (most of it on day-one).
The progs have vowed to STRIKE BACK. I for one am sitting back with my popcorn, enjoying the show.
Strange World 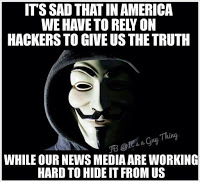 It’s a twisted up world these days when America must rely on traitors like Edward Snowden and organizations like Wikileaks (designed to shed light on repressive regimes) for the truth. Yes, I realize that the Russians may have had a hand in shining a light on the cockroaches in the Democratic National Committee and that king of all roaches, John Podesta. It wasn’t all that long ago when journalism made a show, at least, of being dedicated to exposing shenanigans. That ship has sailed and it’s not returning to port.
I participated in several Tea Party demonstrations during the early days of that organization. I was at events where the late Andrew Breitbart spoke. It’s what started me blogging because I didn’t want to be silent on the issues anymore. If it cost me my job or my position in the community, that was secondary to me. My blog, itself, would brand me as an undesirable to many employers – but I’ve still prospered.
Imagine, ME at a demonstration, carrying a sign. Let me tell you that is an incredibly strange thing. But I did. And the people at those events were polite, respectful and most of them had to take off work to participate. But they did. The progs howled and we were called fake (sort of like all of the ‘fake news’)
Since then I’ve met Pamela Geller, I’ve had dinner with Ann Coulter and I’ve moved in the circles of the “despicable” people who have elected President Trump.
We are at war against the globalists and the totalitarians and they are well armed and funded. However we have been granted a reprieve with the election of Donald Trump and what we do with that is up to us.
A New Hope
It’s not just the US. The British were smart enough and courageous enough to vote in BREXIT and put brakes on the march to globalism and the embrace of millions of military age male Muslims moving in. France, Italy, Austria and Norway are waking up and Europe is on the cusp of the same sort of change that we’ve seen in the USA.
We need to decide who are friends and who are not. The ideology of the past needs to be recalled as important history, but moving forward we need to be more circumspect. The idea of Making America Great Again grates on the nerves of the progs. The idea of America First, flies in the face of the Clintons and the ObamaNation.