Another Outrage from ATF 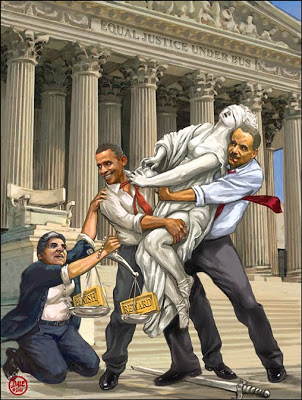 Facebook
Twitter
Pinterest
WhatsApp
ATF Celebrates the conclusion of Operations Gunrunner and Fast and Furious. For those of you who have followed this scandal, the outrageous behavior keeps on rolling.

This email is said to have been generated by Teresa Ficaretta and it references Arthur Herbert. Redactions have been made to protect sources.

From: (REDACTED)
Sent: Thursday, August 25, 2011 9:36 AM
Subject: Rifle Multiple Sale Reporting Program Celebration
Please join us on Wednesday, August 31, at 9:30 a.m., in Conference Room B to celebrate the successful completion of the rifle multiple sale reporting program. Collaboration among many directorates made this program possible, and REDACTED and I want to recognize and thank all the employees who contributed to our success.
This celebration will be held in connection with our EPS supervisors meeting to be held in the same room beginning at 10am. Please forward this invitation to all the remaining EPS supervisors in Martinsburg. I initially tried to list all their names, but I know I will leave some of the section supervisors out, and our celebration would not be complete without them. (REDACTED) and I look forward to seeing you all in Martinsburg.

In the American Recovery and Reinvestment Act of 2009 (Recovery Act) and in fiscal year (FY) 2009 appropriations, ATF received $21.9 million in funding to support and expand Project Gunrunner. In May 2009, the Office of the Inspector General (OIG) opened an evaluation of Project Gunrunner, which is ongoing. We are issuing this interim report on Project Gunrunner plans as ATF is expanding the project.  (Source: OIG Interim Report)
The question you might want to ask yourself is how much Operation Gunrunner did to stimulate the economy since that was how it was funded. Clearly it did a great deal to provide the Mexican narcotics cartels with better arms and ammunition, which they subsequently used to slaughter both each other, Mexican and American law enforcement and innocent civilians who were caught in the middle.
And more from cleanupatf.org, a forum of ATF Agents who are outraged at the conduct of their agency and of the Obama Administration. (graphic right h/t Dale)

Why the ATF scheduled a National Violent Crime and Firearms Trafficking Summit on 30 June 2009 in NM.