How much do the Obama Drones love The One? 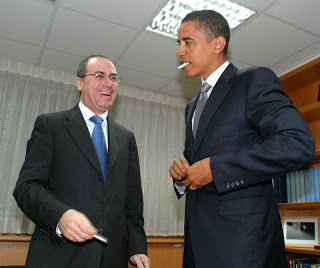 Facebook
Twitter
Pinterest
WhatsApp
The DOJ originally claimed that Fast and Furious weapons had been recovered at 11 crime scenes in the United States, but a Fox News investigation now reveals that a total of forty-two Fast and Furious firearms were recovered at those crime scenes. Revised DOJ figures now also admit that an additional 21 Fast and Furious guns were tracked to violent crimes in Mexico.
But has the Sinaloa Federation (cartel) publicly thanked the Obama Administration yet for helping them fight Mexican Government troops, rival cartels and murder Border Patrol Agent Brian Terry? I’m sure that’s the only outrage that Obama is feeling now — ok, that and the fact that Congress is investigating the matter.
The nation’s chief law enforcement officer, Attorney General Eric Holder, has compromised the integrity of federal law enforcement in this country, at a time when the respect for federal law enforcement is essential for the security of the United States. This is not “role model” behavior. This is Chicago political behavior–perfectly normal and appreciated in Chicago, but not here, and not from the Attorney General of the United States. The Chicago standard should not be the American standard despite what the people from Chicago who inhabit the White House believe.
This investigation will reach Eric Holder. It may or may not reach Barack H. Obama Jr. depending on who is willing to fall on the sword to perjure themselves before Congress and risk federal prison.

The question President Obama may be asking himself now is — “How much do my drones love me?”