I don’t know what your experience is, but whenever I buy something that is made in China and it is in a box with “some assembly required”, there are bolts, and small parts that are required for successful completion missing. WHICH is why I now require that the item be assembled by Home Depot or Lowes on site by their own expert craftsmen — or if it’s an item for delivery, I pay for assembly at my house. I can’t tell you how much grief it’s lifted from my narrow shoulders. 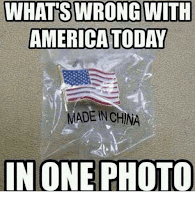 Based on my personal experience, they open two or three boxes (of crap) to make one complete item. Sometimes more. Sometimes no matter how many boxes they open, key parts are missing. I leave the store, telling them to call me when they get enough items to assemble something complete.
It’s not just Chinese stuff (though that’s the worst). I ordered a gizmo from Ducati and it arrived (parts in a box, fresh off the boat from Italy) without instructions. After pouring over it for several hours, I took it to Ducati to have it assembled and they announced that key components were missing. Given that I just received a box of stuff, how was I to know?

Most of the junk that is actually made in America comes with a few extra washers, bolts and doodads and I put those spare items into the bolt and screw jars.
What do the Chinese do with the hardware that doesn’t go into the box? It’s one of those mysteries like – where did my pocket comb go, or why is there only one sock in the laundry when I put two in – and why do I have ten pairs of socks (after washing) and none of them match?