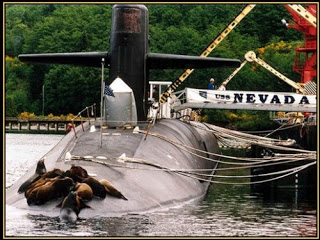 Facebook
Twitter
Pinterest
WhatsApp
September 11, 2001
I’m not going to post photos of burning buildings or blog here about how I felt when I heard of the attack on the WTC and Pentagon on September 11. Neither am I going to indict Barack Obama for changing the date to a day of appreciation for community activists (who are all scabs and parasites in my opinion). Nor will I indict Barack Obama for leaking (more of a flood than a leak) classified information eight ways from Sunday in order to improve his political standing. As POTUS, I suppose that he has that right. As the first post-American president, it’s almost expected.

The Obama Administration’s defense of the felon, Attorney General Eric Holder makes perfect sense. So, in that way, does DOJ and DOD’s attack on SO1 Mark Owen, USN (ret) – author of No Easy Day. I mean, why NOT attack Owen and defend Holder?

However, the carcass of Usama Bin Laden became fish food and that’s worth blogging about. I urge you to buy the book and read the first-hand account of one of two SEALs who pumped a couple rounds into Bin Laden.

GUIDE for the uninitiated: