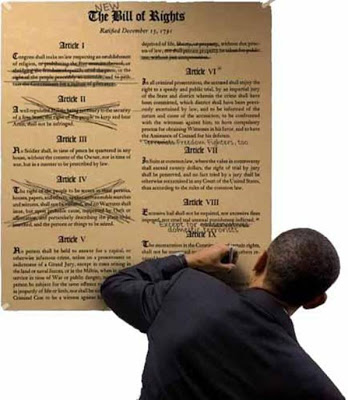 “Redistribute wealth” (loot those who have for the benefit of those who have not) sounds great if you never worked that hard to get where you are. Unfortunately for barack hussein obama, most Americans DID work hard to get an education, learn a trade and put themselves in a position to raise a family, etc. They’re not excited about giving what they’ve put together with their own two hands to somebody else.

“Don’t read it, just sign it”, is not a concept that Americans want their legislators to follow. Deeming a multi-trillion budget as passed instead of debate and discussion doesn’t play well. The machine politics of “I don’t know what’s in the Bill either, but I know you’re going to like it when you’ve signed it” is odious to Americans.

“Embrace Illegal Aliens” and give them a free ride because they might vote Democrat doesn’t impress us as a strategy that the United States should follow. Most of us agree that the individual states (such as Arizona) shouldn’t have to do the job that the Federal Government SHOULD be doing. But since it’s not and Phoenix is the kidnapping capital of the world (ahead of Mexico City) – they feel as though they must do something to protect their citizens if the Federal Government doesn’t.

We don’t trust the barack hussein obama regime or their lackeys in Congress to act in our best interests. National Healthcare is a monster that needs to be repealed and replaced with common sense regulations on the insurance industry (including tort reform) that will reduce the cost of healthcare. We do not want the US Government running our healthcare when they don’t seem to be able to do ANYTHING well.

The RACISM shown by the barack hussein obama regime has been shocking in the extreme. Nobody expected the US Government to embrace the New Black Panther Party and indemnify them against prosecution. Nobody thought they’d live to see the day when a US Attorney General would establish a policy where members of one race would not be prosecuted for civil rights violations, no matter the outrage – but we have. 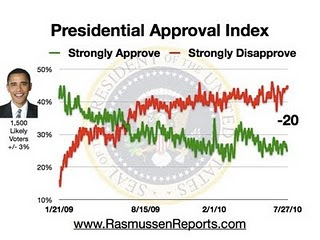