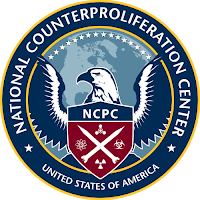 Facebook
Twitter
Pinterest
WhatsApp
COVID-19 has the Europeans clamoring for….wait for it….border security. Which is it’s own dark humor, isn’t it? Walls make for good neighbors and there are things that you really don’t want to allow through the front door if you are being honest with yourself. Pelosi doesn’t allow illegal aliens to come and go in her many, walled, and heavily alarmed and guarded mansions, does she? There you have it.

The National Counterproliferation Center of the United States of America is one of those niche agencies that nobody talks much about unless they’re whispering about Iran or North Korea and their continuing ambitions to obtain or expand their inventory of nuclear weapons.
It’s a small, boutique agency, nestled under the Director of National Intelligence, and wedged between the Central Intelligence Agency, the US Army and a smattering of US Air Force. Nobody knows much about them or what they do. Nobody usually cares much about what they do. 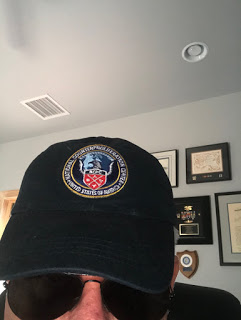 Today, they have been receiving tasking more aggressively from the White House than usual because of COVID-19. You see, they are also the agency that tracks the development and proliferation of biological weapons. I don’t know much about NCC or what they do even though I do have the hat. All hat and no intel, you might say.
If I was to speculate, and I can do that because the management at Virtual Mirage allows me to do so, I would suggest that USGOV has been monitoring the Wuhan Virology Institute for a long time. “Long” being identified as since they opened the doors in 1956. That’s 64 years for those of you who were running out of fingers and toes as you counted. There are big trees that aren’t 64 years old.
If you’re going to ask me why the US Government would have an interest in China’s premier bioweapons lab, you need to click here and leave the blog. If you think that the Chinese government doesn’t take a keen interest in all research done in china, you also need to move on to a cat blog.
COVID-19 was created/engineered and I don’t know whether it was a weapon in development, or just a couple scientists who thought that spicing a coronavirus like SARS with HIV RNA might be interesting. I don’t know how it was released, but it didn’t come from some gomer eating a bat or an armadillo (popular in Wuhan).
There is a popular notion in the world that all bioweapons are ‘satan bugs’ designed to end mankind completely. As COVID-19’s pandemic spread indicates, those sort of weapons aren’t a good idea because you can not control them. In fact, all bioweapons are ticking time bombs, which is why most nations stopped developing them. But not China.
The People’s Liberation Army is a different sort of beast. It’s largely self-funded in that the Army enjoys a LOT of independence from the Party itself because it owns the means of its funding. Oh, the Politburo overseas the PLA (sort of), but not necessarily everything that it does. It’s like having a tiger by the tail. You don’t want to hold on but you can’t let go. And by that, I mean that the PLA does what it wants to do when it comes to small, sneaky programs such as bioweapons research…. until something goes wrong. A bug walks out the door – maybe a very small, microscopic quantity of something. And the world gasps. Then the oligarchs who run China take a serious interest in what the PLA has been up to. And you have President Xi openly and publicly calling for a revisitation of containment polices and practices at the Wuhan Virology Laboratory.