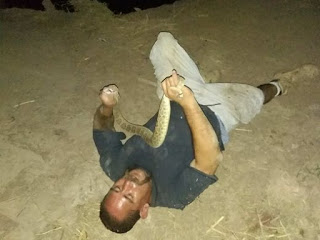 Zonies – man bites snake/snake bites man
So there you are in Arizona, a party is underway, and somebody discovers a rattlesnake in your back yard. What should you do? (LINK) Picking it up and trying to grill it live, to amaze and delight your guests may not be the best choice. However, with enough beer and the endless encouragement of your family and friends, who are photographing you – maybe you should go for it?
And it’s all going so well until you lose your grip on the snake and it sinks a dose of venom into your neck and chest.
The guy survived thanks to the marvels of modern medicine and prompt treatment so a Darwin Award will not be handed out. As to Darwin Awards, one must be the cause of one’s own demise. In other words: “Killing a friend with a home-made hand grenade would not be eligible, but killing oneself while manufacturing a homemade chimney-cleaning device from a hand grenade would be eligible. To earn a Darwin Award, one must have killed oneself, or rendered oneself sterile (taken out of the gene pool); merely causing death to a third party is insufficient.” So if he would have died, he could have received the coveted award.
The Bitter Old Crone 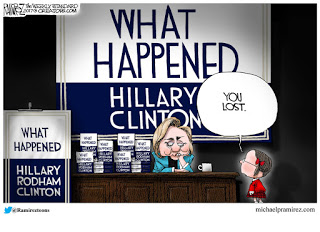 Hillary Clinton’s book tour continues as she blames everyone but herself for being thrashed by President Trump in the 2016 presidential race.
I find it amazing that she is putting it out there that she’s thinking of a run in 2020. Drilling down, it seems that as a woman, she felt it was her turn (because of plumbing). The formula seemed so simple: unbridled ambition combined with Satanic worship and complete corruption should have delivered the win.
She’s planning to mount a legal challenge because of some sort of “trumped” up charges that she intends to level. Maybe in that way she can become president? Meanwhile, I’m certain that Slick Willy is enjoying her absence while she’s on her tour.
Any Excuse 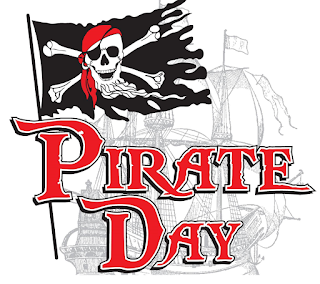 International talk-like-a-pirate day provides an excuse for people not like me to dress up in a silly costume, go to a party and drink. (pirate name generator) My feeling on the matter is that I’m enough of a pirate every day that if people want to dress like a pirate, they should dress like I do. But that’s not good enough for them because my daily dress would not be considered ‘festive’.

There is an old Navy rule that if the sun is over the yard arm, you can drink. Unless it’s a morning cure drink, and then you can do it whenever you stop barfing (worshiping) at the porcelain god and you get yourself together enough to pour one.

If you do put on silly clothes and to to the bar to celebrate the day, I hope it’s enough.